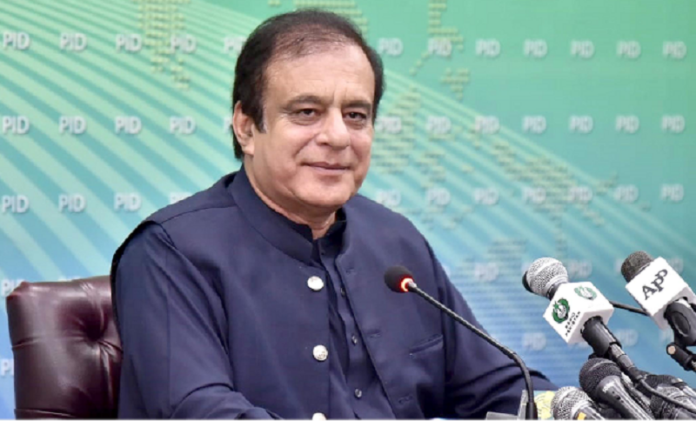 People acknowledge the endeavours of the incumbent government and supported Prime Minister Imran Khan in this struggle, the minister said while addressing a press conference in the federal capital.

He said that Prime Minister Imran believed in the politics of principles and decided to get a fresh vote of confidence though legally there was no need for it. The National Assembly (NA) reposed confidence in the leadership of PM Imran with even more votes than the votes in 2018, he stated.

Faraz went on to remake that a wave of jubilance and celebration was witnessed not only inside Pakistan but also thousands of felicitation messages were received from abroad after he secured the trust vote.

He maintained PM Imran’s victory in the vote of confidence has given a new spirit to people who understood that the designs of dark forces were defeated.

The minister said that opposition parties, especially the Pakistan Democratic Movement (PDM), believed in politics of self-interest, bullying and sale and purchase of loyalties and they had damaged the entire social, economic and political system during the past four decades.

He said that some of the opposition leaders entered into politics in 1985 party-less elections and introduced the culture of bribery and horse trading to come to power.

Faraz said that due to the political approach of the past rulers the country faced severe challenges which added in the sufferings of masses whereas they plundered national wealth and built properties not only inside Pakistan but in Europe and other parts of the world.

They turned politics into business and used it for self-interest and not for the interest of the country, said the minister.

He maintained that the PTI has gradually emerged on the political horizon of the country and in the 2013 election it formed government in Khyber Pakhtunkhwa (KP), adding that due to its good performance, people showed their confidence in it and PTI came into power in 2018 with masses’ support.

Now, after the Senate election, it has become the single largest party in both the NA and Senate having representation in all four provinces as people have supported its ideology of ending the status quo.

He said that in last general elections people rejected the politics of self-interest and the Pakistan People’s Party (PPP) and Pakistan Muslim League-Nawaz (PML-N) have been confined to only one province each.

He said that the narrative of opposition parties has been changed with the situation and if they won the elections, they term it as free and fair elections. In the case of defeat, they started hue and cry by alleging rigged elections. The information minister vowed to continue to struggle against the elements which socially, economically and democratically damaged the country.

He said that the PDM candidate won the Senate elections from Islamabad not on merit but through unfair means for which they did not deserve any credit.

He also said that they want to come to power to restart the ugly business of loot and plunder and wanted to get relief in corruption cases but they would not get it as Prime Minister Imran was a bold and upright person who would not make any compromise on principles.

He stressed PM Imran entered politics not for the sake of power but for serving the nation. He said that the PTI government took practical steps for bringing transparency in the electoral system so that people could be elected on merit and not through use of ill-gotten money.

On the economic front, Faraz said that the economy has been stabilised and its benefits would reach to poor soon. He said that the premier was giving special emphasis to check inflation and control prices of daily use commodities.

He also said that the targeted subsidy would be given to people on essential items including the power tariff, adding that universal insurance has been given to the entire population of the KP through the Insaf Sehat Card and the same would be replicated in Punjab.

Moreover, the dream of owning a personal home of the poor would be materialized under the new housing scheme launched by PTI.

Replying to queries of media he said that Sadiq Sanjrani has been named as the PTI and its allied parties’ candidate for Senate chairman as the ruling alliance wanted to give Balochistan representation.

To a question, Faraz said that it became imperative to defeat opportunist opposition parties for the national interest.