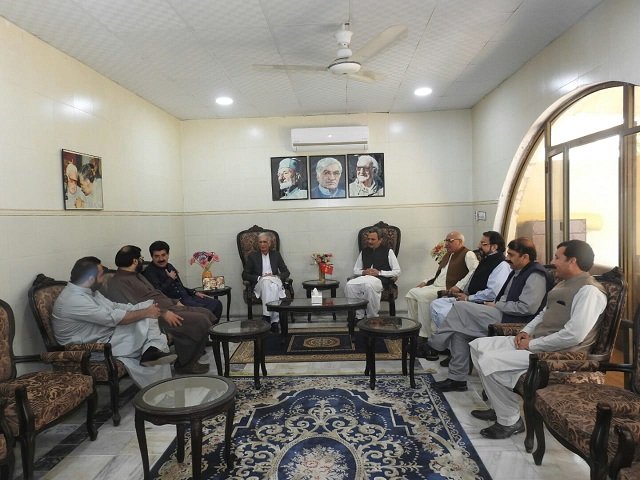 ISLAMABAD: In a new twist to the election for chairman of Senate of Pakistan, the ruling Pakistan Tehreek-e-Insaf (PTI) and Balochistan Awami Party (BAP) have sought support from the Awami National Party (ANP) which is a part of the opposition alliance – Pakistan Democratic Movement (PDM), while the Pakistan People’s Party (PPP) reached out to Pakistan Muslim League-Quaid (PML-Q) leadership to seek support for the election of Senate chairman.

Defence Minister Pervez Khattak on Sunday visited the ANP headquarters to gather support for the upcoming election of the Senate chairman wherein the ruling PTI has put forth Sadiq Sanjarani.

According to the sources, the PTI delegation requested the ANP, which has two members in the Senate, to support its candidates in the election of the Senate chairman and its deputy.

Amir Haider Khan thanked the delegation for coming and conceded that while the ANP is part of the PDM, all decisions in the party are made through consultation.

“We will also consult the party about your request.”

He said that resolving political issues through political means is in the interest of the country and the nation.

Now both the partners are seeking ANP’s support for the Senate chairman who is a staunch supporter of the ANP.

On the other hand, after the victory of the unanimous candidate of the opposition parties in the Senate, Yousaf Raza Gillani in the Senate election, the PDM has intensified a campaign to win the slots of chairman and deputy chairman of the Senate.

According to details, the PDM leadership has started a consultation in this regard and Pakistan People’s Party (PPP) Chairman Bilawal Bhutto-Zardari also met with Pakistan Muslim League-Nawaz (PML-N) Vice President Maryam Nawaz and discussed important matters. 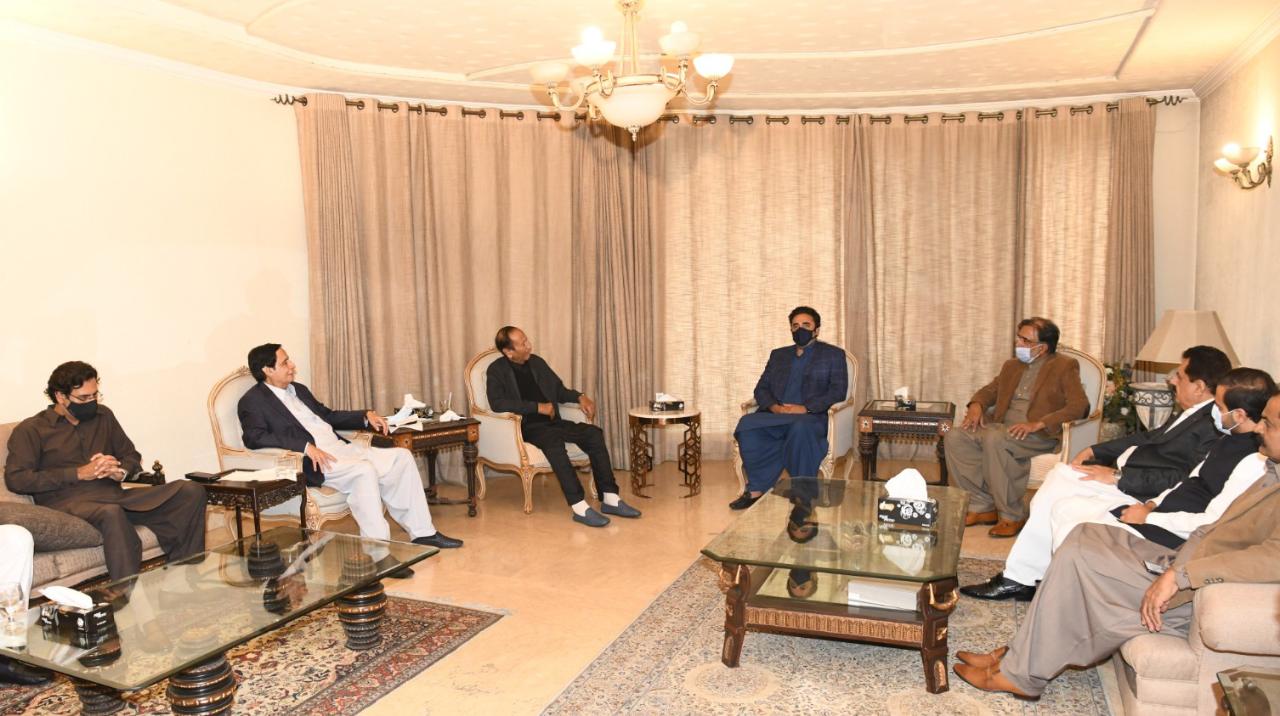 Bilawal also visited PML-Q leadership at the residence of the Chaudhry brothers in Lahore on Sunday.

He inquired about the health of PML-Q President Chaudhry Shujaat Hussain and discussed the political situation with the Chaudhry brothers. Reportedly, the PML-Q chief refused to support PDM candidate as the party had already assured PTI of their support for Sadiq Sanjrani.

In 2018, Sanjrani, then a little-known politician from Balochistan and backed by PPP and PTI, beat PML-N leader Raja Zafarul Haq to become chairman of the upper house.

In 2019, he survived an unexpected no-confidence vote proposed by the joint opposition alliance, PDM, which holds a majority in the 104-member House.

Political analysts claim many party members did not wish to see Sanjrani again as Senate chairman and wanted the party leadership to nominate an ideological party activist or member for the slot.

Many also believe if the PTI did not back Sanjrani, it would have run the risk of annoying the BAP, which is now the fourth largest party in the Senate and second-largest party after the PTI in the ruling coalition.