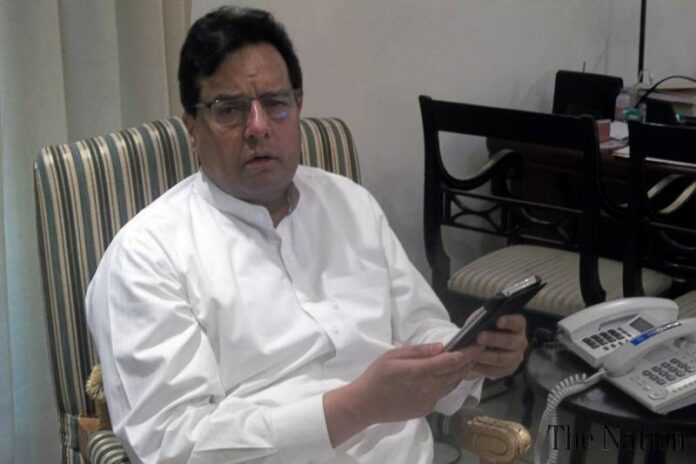 LAHORE: The National Accountability Bureau (NAB) Lahore has summoned Captain (R) Mohammad Safdar along with record of his assets and bank accounts over a complaint of assets beyond income, Pakistan Today learnt on Thursday.

According to the summon notice, Safdar has been asked to provide the record of anonymous assets, which were under his possession, including a sugar mill and a few plots in the name of his wife and PML-N Vice President Maryam Nawaz.

The notice mentioned the assets of Safdar, his dependent family and some benamidars, and asked him to provide details of the assets.

The notice directed Safdar to provide the details of a flour mill located at Mauza Mall adjacent to Haveli Bangarwan near Sundar Industrial Estate.

The notice also directed Safdar to provide the complete details of purchase of a 30-40 kanals land at Mouza Lakhowal and a 42 kanal land in Raiwind, besides information about the lands occupied at Mouza Mall, Sultankay, Kamas/Badooki Saani, Lakhowal and Raiwind, which were in the name of Safdar and his dependent family members.

According to the notice, a land of 109 acres was purchased in the name of Maryam at Mouza Sultankay while Sakka Agriculture Farmhouse and Jeewan Estate Farmhouse located at Jaati Umra Road were also owned by Safdar.

“In addition to the above-mentioned properties, the complete record of all the movable and immovable properties, including agricultural, residential and commercial, other assets, which were owned, acquired, purchased, sold, or disposed of by you [Safdar] and your dependent family members, and bank accounts held by you [Safdar] and your family members should also be furnished by you [Safdar] in person before NAB Complaint Verification Cell Deputy Director Nirmal Hasni at NAB Complex, Thokar Niaz Baig, Lahore on March 10 without fail,” the notice said.