'The exercise is being conducted in extreme desert conditions' 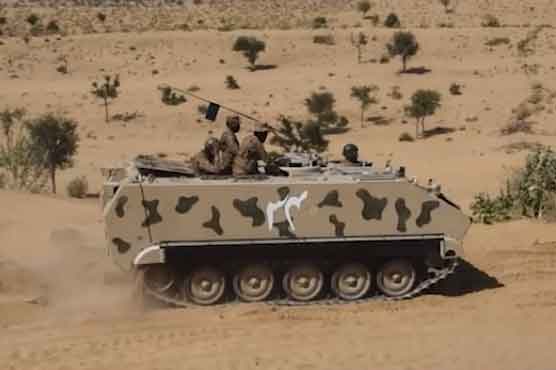 RAWALPINDI: The troops of Pakistan Army’s Karachi Corps are practising in tactical drills and procedures as part of exercise “Jidar-ul-Hadeed” in Thar Desert, said the Inter-Services Public Relations (ISPR) in a statement on Saturday.

The exercise was commenced on January 28.

The military’s media wing said the four-week long defensive manoeuvre exercise is aimed at validating concept of defence in deserts. “The exercise is being conducted in extreme desert conditions, 74 kilometres ahead of Chhor, under conventional operations setting,” read the statement.

The joint military exercise will further strengthen the bond of two brotherly nations and help in adapting the emerging trends in military modernisation and cooperation.

Pakistan and Turkey have increased defence and military cooperation in recent years. In July, 2018, Pakistan had signed an agreement with Turkish contractor ASFAT for acquisition of four Turkish-built MILGEM corvettes.