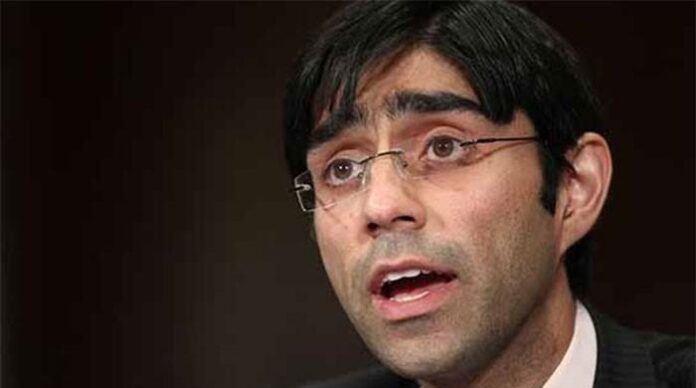 ISLAMABAD: Special Assistant to the Prime Minister (SAPM) on National Security Division and Strategic Policy Planning Dr Moeed Yusuf has said that fake NGOs were a failure of the UN system, and questioned whether a country, like India, should even be sitting on the UN Security Council. “This has a full-fledged attack on Pakistan short of war,” he remarked.

“India has a conflict with every single neighbour, and has broken all international law obligations that are a classic example of a rogue state,” the SAPM said while addressing a webinar organised by the Centre for Aerospace and Security Studies (CASS) titled “Indian Chronicles: India’s Disinformation Campaign against Pakistan”.

In his keynote address, the SAPM stressed that the malicious campaign against Pakistan had been going on even before the latest revelations of “Indian Chronicles”, which he termed just the tip of the iceberg.

Pakistan was a country squarely focused on the economic security paradigm, in contrast, India was pursuing Hindutva ideology with an expansionist agenda.

Talking about Islamabad’s response, he informed that Pakistan had written to the EU Parliament and investigations were already underway.

He further added that India must stop its subversive activities against Pakistan and resolve the Kashmir issue under the international law to bring peace in the region as there was no scope for peace under the current circumstances.

In his welcome remarks, CASS President Air Chief Marshal (r) Kaleem Saadat noted that the world remained unmoved despite the disclosure of this network by the EU Disinfo lab report and cautioned that the consequences of these tactics would be an “unstable, insecure and underdeveloped neighbourhood.”