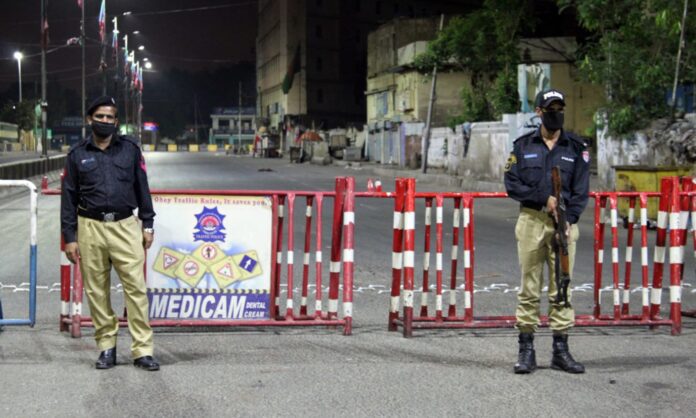 KARACHI: A domestic help suspected of robbing multiple houses in Karachi’s Gizri and Sachal Goth neighbourhoods and murdering a woman escaped from police custody during her transfer to prison.

On January 13, the Citizens-Police Liaison Committee (CPLC) and Gizri police arrested from Shireen Jinnah Colony three members of a gang accused of robbing houses and murdering owners. The suspects used to work as domestic help.

On January 2, a police complaint was filed at the Sachal police station against one of the members who had poisoned a couple and robbed their house in Gulzar-e-Hijri’s Madras Society.

The three suspects were presented before a Malir court on Tuesday. The court remanded them into police custody for investigation and identity parade.

After the hearing, the police were taking the suspects to Civil Hospital for a coronavirus test when one of them, later identified as Shamim Bibi, jumped out of the mobile near M. A. Jinnah Road and escaped. An FIR of the incident has been registered at the Aram Bagh police station.

Following the incident, the Karachi East DIG suspended two police superintendents, two constables, and a health officer on the charge of “carelessness”.

An inquiry into the matter has been launched and the police are on the lookout for the suspect.