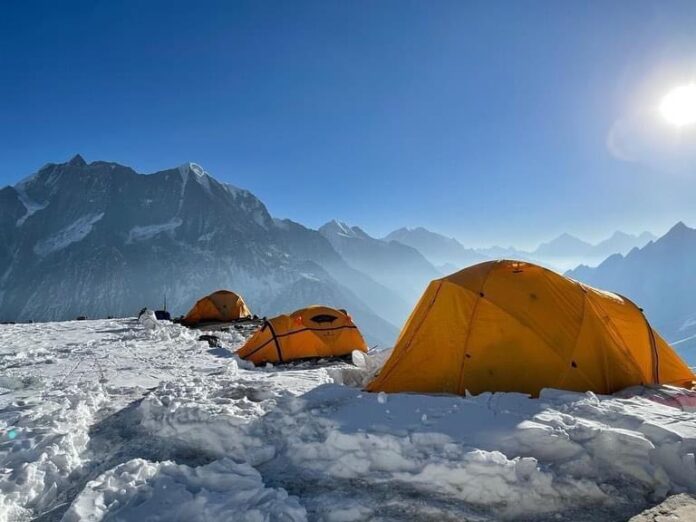 Inching towards the summit of K2, the world’s second highest mountain, a team of climbers from Nepal reached the Camp Four (7,800 metres) on Friday, thus becoming the first group to make it to this height during the winter season.
K2, also called the ‘savage mountain’, has never been climbed during the winter. This year, over a dozen climbers from the United States, Iceland, Spain and Nepal arrived in Pakistan to make it to the top of the dangerous mountain amid the risk of avalanches, powerful winds, and temperatures falling as low as minus 65 degrees.
The mountain has been scaled by more than 300 climbers during the spring and summer seasons, but there had been only five winter attempts before 2019.
On Friday, while the four climbers made it to Camp Four, Pakistani Ali Sadpara and Nepal’s Nirmal Purja were also on their way to the same altitude from Camp 3.
Reports suggest that Sherpas Mingma David, Mingma Tenzing, Mingma Gyalze and Sona might be able to make it to the summit on Saturday and claim the last great prize the world of mountaineering has to offer. The Pakistan Meteorological Department (PMD) has stated that the weather will be clear on Saturday, which might enable the summit climb.
Moreover, Jangbu Sherpa, a climber from Nepal, received head injuries on Friday and was shifted to the Base Camp for treatment.
It is worth mentioning here that 86 climbers have died on the slopes of the savage mountain.