There is not enough tolerance of difference

There can be no question that American democracy is at risk. Just two years ago, thousands of insurrectionists stormed and occupied the Capitol building in a failed attempt to overthrow the results of the 2020 elections. They were supported by the majority of Republican members of Congress who falsely claimed the election outcome was fraudulent.

There are additional disturbing signs in evidence across the country: Angry parents storm school board and city council meetings shouting down officials demanding that books be banned and teachers be fired. Election officials fear for their safety as they count votes while armed protesters gather threateningly outside polling places. Republican-led state legislatures pass laws to restrict voting rights or make polling places more difficult to access. Hate crimes continue to rise, as do mass shootings.

Students from both the right and left shout down invited speakers with whom they disagree. Universities feel pressure to fire professors or ban groups who challenge conventional viewpoints. And, as the recent Speaker’s election debacle exhibited, intolerant behaviour at work in the US Congress are part of a politics so polarized by hyper-partisanship that our legislature is now alternately paralyzed or dysfunctional.

Against this dire backdrop, we should debunk that oft-made claim that “free and fair elections are the essence of a democracy.” While important, elections are just one of the characteristics of a democracy, not its essence. More important are the values that must be cultivated and protected in order to preserve a true democratic order.

Central among these values is that losers must respect the outcomes of elections, and that winners and groups in the majority must show respect for the rights of those who lose and those in the minority. Further, this respect leads to the protection of the rights of those who hold views that diverge from the majority and the need for winners and losers, the majority and minority, to engage in constructive dialogue to find compromise solutions to problems facing the society as a whole. This is the essence of democracy.

But principled commitment to an ideal becomes dangerous when political views become dogmatic— hardened, absolute, and unbending. Such an approach is counterproductive and self-destructive. In this environment, the bad behaviour of uncompromising extremists can be held up as “principled,” while moderate voices seeking solutions are denounced for “selling out.” As a result, compromise becomes impossible, and democracy suffers. This, sadly, is where we are today in the USA. And it is putting our very democracy at risk.

A true democracy is never a zero-sum game in which the winners use their positions of power to silence, cancel, or demonstrate intolerance for the views of those they have defeated in free and fair elections. The authoritarian impulse to squash or punish those who represent divergent viewpoints is anti-democratic. It is important to maintain vigilance in cultivating such a democratic culture because without it a democracy can wither and die.

If this idea of respecting minority rights and views is important in a society in which one group is clearly dominant, it is even more critical in societies that are evenly divided. It was precisely the heavy-handed abuse of their electoral victory that caused so many Egyptians to recoil from rule by the Muslim Brotherhood. And it is the way that the victorious far-right coalition currently governing in Israel is behaving to unravel the courts, rule of law, and minority rights that has caused fear and a backlash among many Israelis.

If democracy isn’t zero-sum, neither is politics, especially in diverse societies. When victors overreach by imposing their ideologies or attempting to extend their power by changing the rules of the road, they both weaken democracy and invite a potentially disruptive backlash from groups threatened by their behavior.

What is happening in the USA today provides a case in point. In 2022, Republicans won a very close election and now hold a slight advantage in the House of Representatives. They lost ground in the Senate, and Democrats still control the White House. Given this outcome, one would think that Republicans and Democrats, quite evenly divided among the electorate, would seek compromise solutions to pressing problems facing the country— with Republicans in the House using the leverage they now have to push for compromises that reflect their views.

Instead, Republicans have decided to use their control of the House to paralyze the government and demonize opponents, making demands that amount to “my way, or else.” The danger here is that such an approach is not only fatal to respectful discourse and compromise, but also poisons political relationships, spreading downward to create an even more polarized electorate.

The adage “politics is the art of the possible” is true, but we must also acknowledge the vital role played in a democracy by groups that passionately advocate principled positions or novel and forward-looking solutions. Our political history is filled with examples of groups and visionary leaders who have organized around their principles and solutions, moving public attitudes and, as a result, changing the political calculations of policymakers, thereby expanding what is possible.

But principled commitment to an ideal becomes dangerous when political views become dogmatic— hardened, absolute, and unbending. Such an approach is counterproductive and self-destructive. In this environment, the bad behaviour of uncompromising extremists can be held up as “principled,” while moderate voices seeking solutions are denounced for “selling out.” As a result, compromise becomes impossible, and democracy suffers. This, sadly, is where we are today in the USA. And it is putting our very democracy at risk. 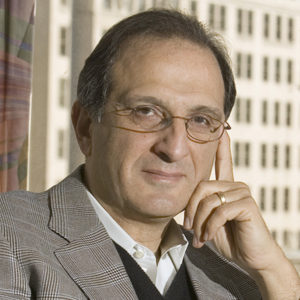 January 27, 2023
Intensive care unit (ICU) is one of the most demanding places and a leading cause of financial burden as it requires high use of...