The illusive strategy of China

Unlike other rising countries, China was never a US ally 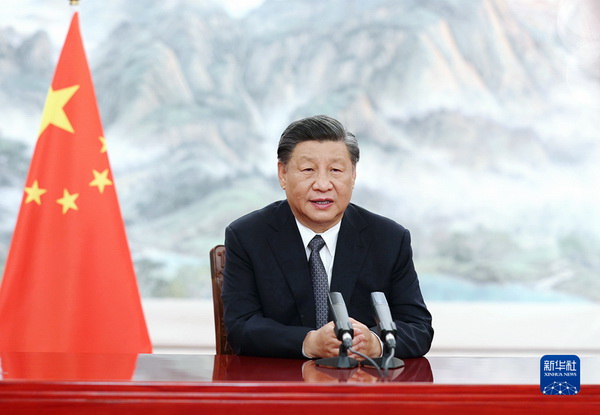 China’s foreign policy has also become more ambitious under President Xi Jinping. The country’s growing belligerence marks a break with its earlier passivity, shaped by Deng Xiaoping’s proverb “Hide your strength, seize your time”. The military build-up in particular, shows that China is pursuing a long-term plan. But what would be an acceptable level of influence for China given its economic weight in the world? Unless Washington asks this important question first, it cannot make serious claims about what Chinese exercises in power are crossing the line.

When Deng advised other Chinese leaders to wait and see in the 1990s, the country was impoverished with a weak economy. This economy has grown by 800 percent and now the country has a large population. China has bided its time and expanded its power, and today it has aspired to a broader regional and global role, as do all great powers with increasing wealth and power. How big is reasonable and how much dangerous, expansionism? This is the fundamental strategic issue that Washington and the world have never seriously considered.

Consider the case of another country that rose in power in the 19th century, though it was not nearly as large as modern-day China. In 1823 the USA was what would now be called a developing country, a nation of farmers with poor infrastructure, not even among the five largest economies in the world and yet with the Monroe Doctrine, when President John Monroe declared the entire western hemisphere on lockdown.

Europe’s great power, Britain, reluctantly accepted and at times enforced US territorial hegemony. The American case is an imperfect analogy, but it serves as a reminder that countries gaining economic power seek greater influence abroad. If Washington sees any such attempt by China as dangerous, it will go against the natural dynamics of international life and be setting a self-fulfilling prophecy. Dealing with a competitor like China is a new and unique challenge for the USA. Since 1945, the great states that have risen to prosperity and prominence have been Washington’s closest allies, if not quasi-protectors: Germany, Japan, and South Korea. A typically disruptive feature of international politics, the rise of new powers, was therefore unusually benign for the USA.

Not only is China much larger than the rising powers of its predecessors, it has always been outside the US alliance structure and sphere of influence. US foreign policy from both parties has become adapted to a world in which the USA is the undisputed leader. US Secretary of State, Madeleine Albright explained why America had the moral authority to use military force and bombing on Iraq, “We are America; we are the indispensable nation,” and “We stand tall and look further into the future than other countries.” It is unlikely that many other countries would agree to this proposal today.

In 2019, US Secretary of State Mike Pompeo claimed in a statement that would surely infuriate any Chinese citizen that the USA and its allies needed to put China “in its rightful place.” China’s sin, according to Pompeo, is that it spends more on its military than it needs for its defenses. The same, of course, applies to the USA and France, Russia, the UK and other large countries. In fact, a useful definition of a great power is a country that cares about more than its own immediate security.

The political climate in Washington always pushes policymakers to be “hard” rather than “soft”, a dangerous way of conducting international affairs. The real question is, can they be smart instead of stupid? The USA’s new hawkish consensus on China is awkward, without any discussion of how its target will respond. Beijing has its own hawks who have warned for years that the USA wants to hold China down and even seeks regime change in Beijing.

China’s greatest geostrategic weakness has always been its abundance of neighbouring countries who oppose his rise. Far from addressing this deficiency, Xi’s policies have exacerbated it. China is emerging today but embedded in a vast continent with hostile neighbours who are becoming more hostile.

More importantly, the Trump Administration’s stance has validated these voices, giving them the leverage to encourage the very kind of aggressive and destabilizing behavior in China that US policy seeks to prevent. This dynamic, with each side arm reinforcing the other, increases tension and increases the risk of collision. It’s important to note that Trump’s tough tactics have achieved none of his goals from closing the US trade deficit to winning Beijing’s support in dealing with North Korea and Iran. As a result, China is being more aggressive on the outside and more repressive at home. US determination is rooted in the fear that China might one day take over the entire world.

This is a dangerous fear because in history, when a prominent power perceives that it is losing ground, it often anticipates and exploits the “window of danger” so that its rise does not fall. It was this kind of rationality that drove European politicians to war in 1914. During its rise Wasngtington neither succeeded in conquering the world, the USSR, Japan nor Afghanistan despite some horrible events.

On the other hand China with all its successes and strengths is facing internal challenges from a shrinking population to a mountain of debt. The Communist Party also faces an uncertain political future. Despite a decade of political repression on the mainland, it is true that the rise of the middle class is fueling aspirations.

Most importantly, China’s rise has unsettled nearly all of its neighbors, from Japan to India to Australia. Xi’s foreign policy has dramatically increased these countries’ fears, prompting many of them to fundamentally reconsider their foreign policies.

Ever since the June 2020 border skirmish that left dozens dead, India appears to be pursuing a long-term strategy to balance China. Despite its heavy reliance on the Chinese market, Australia now views China as its main adversary, particularly given Beijing’s many cyberattacks on Australian targets, and has called for a global probe into how Beijing mishandled the first Covid-19 outbreak. Japan revived the Trans-Pacific Partnership, bringing other countries on board and ensuring implementation of the agreement.

Even Vietnam, wary of its larger neighbour, has embarked on what was once unthinkable: if not an alliance but a military partnership with its old enemy the USA. Taiwan’s people have re-elected an anti-China president and are turning more hostile to the mainland, making military options more difficult and expensive for Beijing.

China’s greatest geostrategic weakness has always been its abundance of neighbouring countries who oppose his rise. Far from addressing this deficiency, Xi’s policies have exacerbated it. China is emerging today but embedded in a vast continent with hostile neighbours who are becoming more hostile.