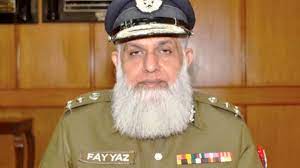 LAHORE: Fayyaz Ahmad Dev is favourite among the three names that had been sent to the federal government from Punjab for the appointment of Punjab inspector general of police (IGP).

The names of Amir Zulfiqar and Ghulam Mehmood Dogar are also part of the list that had been sent to the federal government.

After Punjab IGP Faisal Shahkar refused to work with the Punjab government, Kunwar Shahrukh was given the additional charge of the Punjab IGP.

It is to be noted here that Faisal Shahkar has also been entrusted with services at the United Nations.