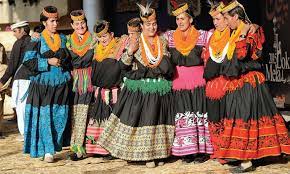 Abrar said that people from morning till night entertained themselves with folk music and crafts.

He added that Dahi Bhale, Saag Roti, Jalebi and Khabe stalls were also crowded with citizens.

Director PAC Rawalpindi Waqar Ahmad said that the purpose of the Lok Mela was to promote regional culture.

Lok Mela was a guarantor of cultural unity and solidarity between the provinces, Azad Kashmir and Gilgit-Baltistan.

He said that the Department of Information and Culture was trying to promote languages, literature, civilization, and culture throughout the province.

Waqar said that the folk fairs of Punjab were famous worldwide, while the land of Punjab was culturally very fertile.