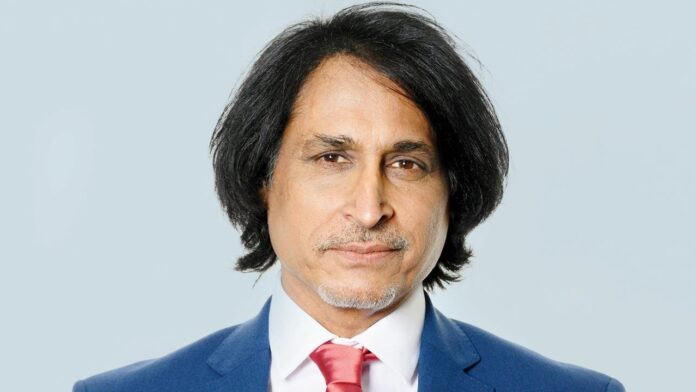 ISLAMABAD: Chairman Pakistan Cricket Board (PCB) Ramiz Raja feels that the Pindi Cricket Stadium pitch could have been a lot better but said that the way England batted was something never seen before.

“I realize there is disappointment on the pitch. I believe this pitch could have been a lot better. But the way England batted I have never seen anything like that before.

“There is a lot of bounce in the pitch but no movement which is not the ideal scenario,” he said while talking to media at the Pindi Cricket Stadium.

“They come at the venue a week before (the match) to see pitches and select players. We will also see the same type of wickets in the series against New Zealand as well,” he said.

Raja said if Pakistan introduces drop-in pitches these would prove costlier. “These will come in the airplane and will be undercover for 20 days. And if somehow a drop in pitch gets damaged then all will go to waste. So what we are doing is to prepare the soil to make the pitches we want to bounce on,” he said.

England has been bringing T20 players in Tests so we also need to realize that speed is very important in Test cricket. The pitches are not exposed in T20s or ODIs but in Tests,” he said.

On hosting Asia Cup, he said Pakistan had been given the right to host the event. “So whoever comes or not it’s not our concern. We got the Asia Cup from Asian Cricket Council (ACC) and if India doesn’t want to come here then it’s their prerogative because of the situation between both countries. But to take the Asia Cup from us to a neutral venue is wrong”.

Raja said there were different kinds of pitches in Australia but not in Pakistan. “Our home advantage is pace bowling, not the spin. So we have to prepare pitches favouring pace.”

February 7, 2023
ISLAMABAD: Marriyum Aurangzeb, the information minister, Tuesday announced the government has postponed for a second time a multi-party conference convened to discuss the resurgence...