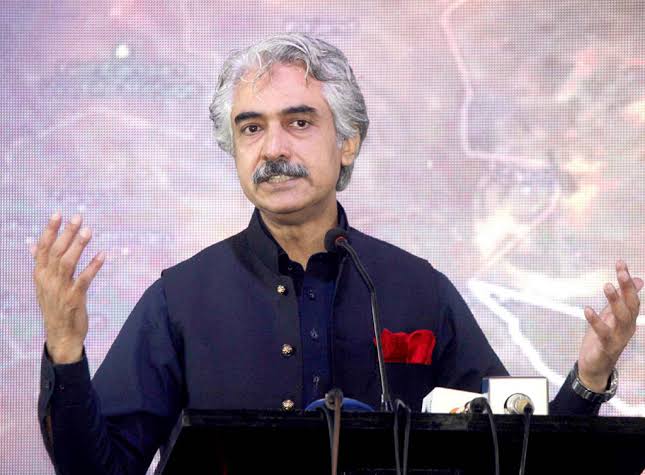 LAHORE: Senior Provincial Minister Mian Aslam Iqbal said that due to awareness imparted by Chairman Pakistan Tehreek-i-Insaf (PTI) Imran Khan among the nation, the people are not ready to accept the thieves and dacoits imposed on the country.

He said, “No institution of the world is willing to repose their trust in the corrupt gang sitting in the federation as everyone knows they are known money launderers. The country is drifting towards a default and a futile effort is being made to sustain the economy through an artificial support.”

Talking to media persons before the departure of Haqeeqi Azadi March caravan for Rawalpindi at his camp office New Mozang Samanabad on Saturday, Mian Aslam Iqbal said that war against the corrupt mafia has entered into its final stages and people are vigorously participating in the Azadi March across the world including Pakistan on the call of Imran Khan.

He said that the live nations emphatically voice their tones for their rights and freedom while the dead nations get subdued no matter how much brutalities are committed on them. The Federal government committed barbarity on 25th May while the masses gave it a befitting reply on 17th July and 16th October, he added.

The provincial minister further stated that some notorious elements are planning to dwell in Punjab and are daydreaming to oust the government. They should remove such a misconception from their hearts as by merely indulging into horse-trading of Assembly Members they can overthrow the Punjab government.

He said that conspiracies are also being hatched to minus Imran Khan which will never succeed. Imran Khan is the most popular leader who has not come out just for his own self but for the future of Pakistan to redeem justice and uphold the rule of law. Imran Khan is striving to rid the country from the thieves and dacoits adding that even his own blood is included in the Haqeeqi Azadi movement.

Responding to a question, Mian Aslam Iqbal reiterated that our politics does not stand for inflicting torture and creating mayhem but for peace, transforming deprivations of the impecunious segment into rejoice and for the progress and prosperity of the country.

To another question, he underscored that providing foolproof security to the public rally is the responsibility of the federal government and agencies. He maintained that the Federal Interior Minister instead of gossiping should nab the terrorists adding that economic stability in the country is not possible without political stability. He demanded to announce holding of elections in the country forthwith and whosoever are entrusted the right to rule by the people should govern.

Mian Aslam Iqbal reprimanded that Pakistan is the only country across the globe where rules have been amended to let the culprits go scot-free.