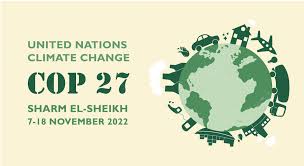 ISLAMABAD: Pakistan was preparing to flag the need of a separate loss and damage funding stream required to be established at the Green Climate Fund (GCF) for the developing countries bearing the burden of greenhouse gas emissions due to carbon-intensive activities of the developed world.

A Ministry of Climate Change official told the National Assembly Standing Committee on Climate Change that the preparations for the 27th conference of the parties (COP-27) to be held at Sharm El-Sheikh, Egypt were being looked after by Federal Minister for Climate Change Senator Sherry Rehman.

He said, “Our stance is to take adaptation on top of our agenda but after these monster floods loss and damage is going to be on the top of the list. We are going to highlight that a separate loss and damage funding stream for GCF which should be swift and readily available to the developing countries facing serious impacts of environmental degradation.”

He underlined that the GCF at the moment only had two funding streams for mitigation and adaptation.

The Ministry official informed that the MoCC was going to finalise its agenda for COP in the third week of this month as it would also be presented to the prime minister.

To a question, he briefed the forum that the Ministry lacked funding and could not take big delegations to the forum whereas the delegation used to comprise of experts and Ministry officials.

He added that the matters pertaining to the pavilion to be set up at COP, the Minister was much hands on the preparations related to COP.