How secure are we? 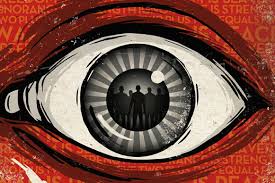 The country is not as badly convulsed as it should be by the latest audioleaks, probably because no one has really realised the horrific implications of a bug remaining in the Prime Minister’s Office. The bug had remained there for some time, because the recordings released were of two different PMs. The content of their conversations have been used by the other side to claim that their narrative has been strengthened, but no one seems to have realised that this meant that the agency responsible for the security of the PM’s office had been compromised. If the bug had been placed in the room, it had to either remain undetected or be ignored. It had to be the latter, even if we are dealing with a technology involving directional microphones using a window, the protecting agents had to turn a blind eye to those devices. Happening over a long time means official sanction.

Generally, intelligence agencies have rivals. The UK has both the Secret Service and Secret Intelligence Service, the USA the CIA and the FBI, Israel Mossad and Shin Bet. In short, they spy on each other, because one of the greatest fears of any intelligence agency is that of being penetrated by an agent of the enemy. While there is such a division between the Inter-Services Intelligence and the Intelligence Bureau, repeated martial laws have made the ISI the premier agency, and interposed Military Intelligence into the system. Therefore, while IB is responsible for the security of the PM’s office, and thus must be undergoing a titanic upheaval at the moment, it is possible that it has had to make way for the ISI or the MI to bug the PM’s office.

Perhaps the best evidence that the bugging was carried out at an institutional level, with consent from organisations is the fact of their release. There is the theory of a rogue agent who has got hold of these recordings, but the only motive for releasing them would be ideological. That means one of the parties is involved, and released material against itself to divert attention.

The threat to reveal material about Imran indicates that the PML(N) might be behind it. On the other hand, the failure to reveal any such material indicates the PTI is behind all this.

If one wants to trace when Pakistani agencies become politically powerful, one would probably have to blame Zulfikar Ali Bhutto, who got the ISI to make political assessments to counter-check those being made by the IB. However, the real accretion of power came under Zia.

Imran himself has said that all his calls were monitored, and that he had no objection because he had nothing to hide. He is reported as having said that the corruption of previous PMs had been revealed by such monitoring. Recently, he said that the PDM wanted to choose the next COAS because it wished to have someone neither strong nor patriotic enough to stop that corruption. Be that as it may, the PTI government must have had a suspicion. If it did, then so did the PML(N).

The current bugging does not seem to have been part of why Richard Nixon had the White House bugged back at the turn of the 1970s, so as to provide a record for future historians. However, the apparent equanimity over the monitoring by a domestic agency for corruption (even though it had no anti-corruption mandate) should disappear when it realised that it has been shown that any place can be bugged, and maybe by an external organisation. After all, if officials can be suborned out of a sense of duty, others might be suborned for money. And if the PM’s office is not safe, is the COAS’? Is his house? And if it is, why are the measures taken there withheld from the PM’s House? If an agency is indeed responsible for the bugging, why was it allowed to do so, and who helped it?

The problem that Pakistan is facing is one that other countries have also, when intelligence agencies become too powerful, and the state structure becomes lopsided. Soviet Russia faced it in its early years, and saw the revolutionary Dzerzhinky become almost all powerful as head of the Cheka. He died of a heart attack in 1926, conveniently for Stalin, who had taken over as Soviet leader when Lenin died in 1924. Stalin tried first Yagoda, then Yezhov, until he finally plumped on Beria, a fellow Georgian. After Stalian’s death in1953, Beria tried to become head of the Politburo, but failed.

However, Vladimir Putin became President after a career in intelligence, first leaving the KGB in1991, joining the staff of the Mayor of Leningrad, then that of Russian President Boris Yeltsin, who made him Prime Minister in1999. When Yeltsin resigned in 2000, Putin became acting President. Though he had to step aside because of a term limit in2008, he became PM, letting his PM serve one term as President, before coming back.

If one wants to trace when Pakistani agencies become politically powerful, one would probably have to blame Zulfikar Ali Bhutto, who got the ISI to make political assessments to counter-check those being made by the IB. However, the real accretion of power came under Zia. Not only did he appoint Bhutto’s last, and his first, DG ISI, Lt Gen Ghulam Jilani Khan, as Punjab Governor, but he promoted the next DG, Gen Akhtar Abdur Rehman as Chairman Joint Chiefs. General Akhtar had played a crucial role during the Afghan Jihad, and Afghanistan still echoes today. The first DG ISI to become COAS was Gen Ashfaq Pervez Kiani, though the COAS Nawaz Sharif had tried to appoint in 1999, was the DG ISI at that time.

Now, it seems, the ISI can bug the PM’s office. It is perhaps no coincidence that the light the leaks shed on both PMs confirms that politicians are unpatriotic and selfish rascals who cannot be trusted. One will consider misusing his office to benefit a great-nephew-in-law, the other to use a cipher for political purposes.

Perhaps those who rely on agencies to give themselves a political role should realise that they could get bitten too. If someone is willing to bug the PM’s office, which place will he not bug? If those responsible for its security can be suborned in the name of a higher loyalty, why not anybody responsible for any security?

It must not be forgotten that Pakistan is a large country with a nuclear arsenal, and thus secrets worth keeping. It and its PM will always be a target for spies. What it does not need are domestic spooks competing with the foreign.