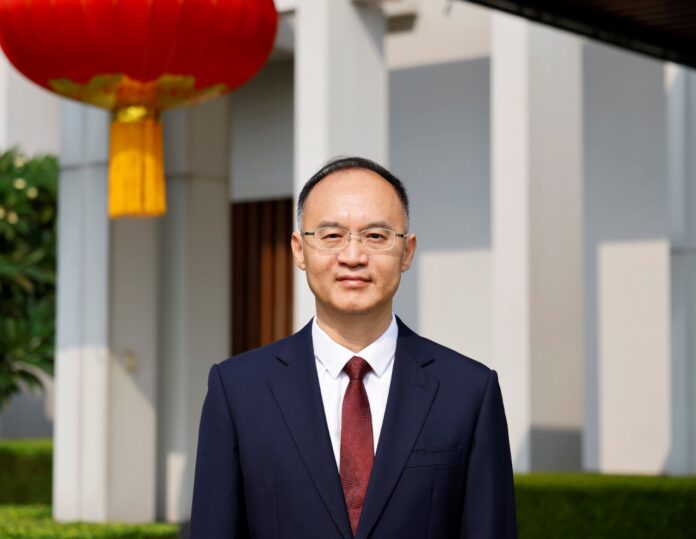 ISLAMABAD: In an apparent jibe at the US secretary of state Antony Blinken, Chinese Ambassador Mr Nong Rong Saturday said that China has so far extended over $90 million in assistance to Pakistan after the devastating floods triggered by heavy monsoon rains.

In a video address released on Twitter, the Chinese ambassador reaffirmed his government’s continued support to Islamabad to help flood-affected people.

“Instead of finger-pointing against China-Pakistan cooperation, some country better do real and beneficial things for the people of Pakistan,” said Ambassador Nong Rong, without naming the US.

It merits mention that the US Secretary of State Antony Blinken recently asked Pakistan to seek debt relief and restructuring from China, its single-largest creditor after the country has seen widespread flood-induced devastation.

“China is the most reliable iron brother of Pakistan. Since the devastating floods occurred in Pakistan, among all countries, China has announced the biggest amount of assistance to Pakistan,” Nong Rong said.

The envoy said that the total amount of assistance has exceeded RMB 644 million (around $90 million), adding that the assistance comes from the Chinese government, the Communist Party of China (CPC), the Chinese army, the Red Cross Society of China and sister provinces and cities, Chinese enterprises and individuals.

Meanwhile, Chinese Foreign Ministry spokesperson Wang Wenbin, while responding to the debt relief appeal by the US Secretary of State, said that the Chinese government has provided RMB 400 million worth of humanitarian assistance and China’s civil society has also lent a helping hand.

The spokesman noted that China and Pakistan have had fruitful economic and financial cooperation and that the Pakistani people know it best.

“Instead of passing unwarranted criticism against Beijing-Islamabad cooperation, the US might as well do something real and beneficial for the people of Pakistan,” he maintained.

A day earlier, Washington rolled over an agreement to suspend service payments on $132 million of Islamabad’s debt, the US embassy said, as the country faces an economic crisis exacerbated by devastating floods.

Pakistan’s economy is facing a balance of payments crisis, a widening current account deficit, a slide in its currency to historic lows, and inflation crossing 27%.

Devastating floods meanwhile engulfed large swathes of the country in late August, killing more than 1,500 people and causing damage estimated at $30 billion, fanning fears that Pakistan would not meet its debt obligations.