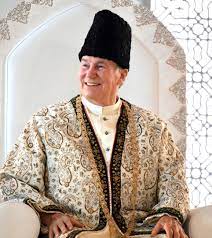 The Ismaili Imamat has announced it will be donating US$10 million to support relief efforts following the severe flooding in Pakistan.

$5m will be donated directly to the Government of Pakistan while a further $5m will be provided to the Aga Khan Development Network (AKDN) agencies in the country, which are engaged in the relief efforts, said a press release here on Monday.

The donation comes following a discussion on Sunday between the Prime Minister Shehbaz Sharif and Prince Rahim Aga Khan, Chair of AKDN’s Environment and Climate Committee and eldest son of His Highness the Aga Khan, the 49th hereditary Imam of the Shia Ismaili Muslims.

Prince Rahim said “I am deeply concerned about the impact of the current floods in Pakistan, which have been intensified by the effects of climate change. These floods, and the many other weather events we are experiencing around the world, require us all—governments, businesses, communities, and individuals—to redouble our efforts to combat the climate crisis which threatens to engulf us. The institutions of the Ismaili Imamat have been mobilised to support the government in its relief and rehabilitation efforts.”

The Aga Khan Agency for Habitat and FOCUS are AKDN’s lead response agencies for relief efforts. To date over 8,000 people have been successfully evacuated from affected areas while more than 4,000 families have been provided with food packages since the start of the flooding. Healthcare camps have been set up in several parts of the country by the Aga Khan University and Aga Khan Health Service where over 2,000 flood affected people have been given assistance. AKAH Pakistan,
HBL Bank and Jubilee Life Insurance, both part of the Aga Khan Fund for Economic Development portfolio, have been active supporters in the relief efforts providing food rations and waterproof tents to over 12,000 families. Additionally, social safety payments by the Government of Pakistan are being disbursed to over 1 million people through HBL’s Konnect platform.

AKDN Helicopter operations have also been assisting in rescue missions and supporting the delivery of food items and medicines to remote areas in Chitral and Gilgit-Baltistan.