Making sure people get justice 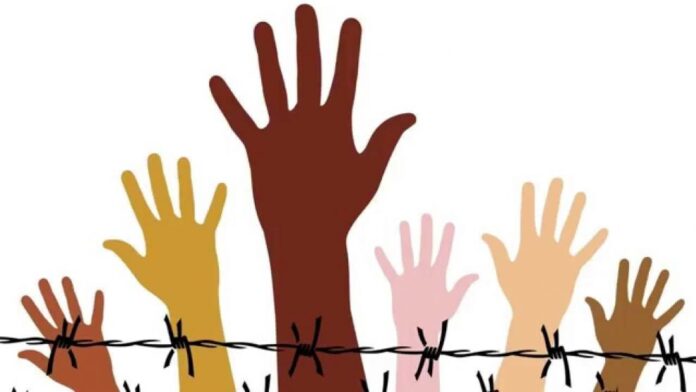 It will serve as an example to the rest of the world how the current prime minister, Sheikh Hasina Wajed, has treated refugees from all over the world and the Rohingyas who have been protected in Bangladesh. The current prime minister, Sheikh Hasina, is known as the “Mother of Humanity” in the international community. ‘Sheikh Hasina: Mother of Humanity’ was the title of a cover story of a prestigious Dutch diplomat magazine. By agreeing to open the border with Bangladesh to provide sanctuary to Myanmar nationals forcibly made to flee from Rakhine State in Myanmar, Prime Minister Sheikh Hasina has saved the lives of millions of oppressed people.

If Prime Minister Sheikh Hasina had not given shelter to the Rohingya in Bangladesh, Myanmar would have suffered the worst genocide since World War II. And if that were the case, the international community was highly to be criticized.

Bangladesh serves as a role model for the entire world by hosting refugees. Bangladesh can teach the rest of the world. because there are refugees from Afghanistan, Syria, Ukraine and other countries. The global community must take Bangladesh’s experience and apply it.

More than a lakh Rohingya have received temporary housing from the government in Bhasanchar as part of the Asrayan-3 project. The project offers safe housing, comfortable living, and all contemporary amenities, including livelihood facilities, to the Rohingyas in Bhasanchar, Charaishwar Union, Hatia Upazila, Noakhali. Over a lakh Rohingyas will benefit from the creation of the Bhasanchar Asrayan-3 project, which will cost around Tk 3,95,000 crore. To make Bhasanchar livable, the Bangladesh Navy has been tasked with overseeing infrastructure development, afforestation, and security. The Rohingya were temporarily relocated with the help of the housing project, which was implemented on 1,602 acres of the 6,428 acres of available land on the 13,000 square kilometer island.

Bangladesh has been promoting and protecting all human rights of its population in a people-centric and ‘whole of society’ approach.

In the connection with that, there is Bangladesh’s significant progress in social development, human rights including that of women and girls, strengthening institutions and the rule of law, and in addressing global challenges such as terrorism and violent extremism, cybercrimes, drugs, and related crimes.

The best example of Bangladesh giving utmost importance to protecting human rights is sheltering 1.1 million Rohingya. When the Myanmar government perpetrated extreme torture on the Rohingya, we opened the border thinking about human rights. Whenever there is talk of their return to Myanmar, the Bangladesh government has always remained firmly committed to a policy of non-forced repatriation. Bangladesh is steadfast in its commitment that they will be repatriated only when their security, safe life and basic human rights are guaranteed in Myanmar.

We can highlight the prompt and effective measures taken by the government to address the pandemic-induced health risks and its imminent impact on the ongoing social economic activities, and achievements of Bangladesh in the social sector.

With the aim of protecting human rights, Bangladesh has been continuing to cooperate in all fields, including modernizing the human rights commission and increasing the capacity and facilities of the commission’s officers and employees. As an independent and impartial institution, the commission is playing an active role in the protection of human rights in the country.

For the first time the National Inquiry is being conducted by the commission to prevent violence and rape against women. The current government’s ‘zero tolerance policy’ is playing a strong role in upholding human rights in creating a society free from drugs, terrorism and corruption.

Bangbandhru rightly said in the General Session of the United Nations on 25 September 1974, “Bangladesh’s struggle is a symbol of the universal struggle for justice and peace.” Therefore, it is natural that Bangladesh will stand by the oppressed people of the world from the beginning.’

The main issue of human rights is to guarantee fundamental rights. Everyone should be assured of life. Treatment, food and drink, movement and work should be guaranteed. Clothing and accommodation should be arranged. Bangladesh has now achieved these. Country’s children do not starve to death now. Bangladesh has built 18,500 clinics for healthcare. Various training arrangements have been made to eliminate unemployment. Bangladesh is ahead of many countries in terms of human rights.

In light of the recommendations from the authorities and organizations concerned with the development and protection of human rights, the government of Bangladesh has already taken various steps. The government is trying its best to protect human rights. As part of this, reforms have been brought in various fields including administration. The report also mentions that all violent acts of violence have been banned. Our government is working relentlessly for justice and peace of the common people. To confirm this, our Prime Minister has recently sent 31-point instructions to the District Commissioners. Not only that, recently during the Police Week, the Prime Minister directed that common people should not be subjected to any harassment or torture.

Since signing the United Nations Anti-Torture Charter, Bangladesh is very careful in following its conventions. For this purpose, Bangladesh has taken various steps in the law, administration and judicial departments. Not only that, it has also taken various initiatives with civil society and our development partners.

Bangladesh has reformed its prisons so that human rights are not violated. The authority of Bangladesh is very strict in stopping abuse of children and women. It is providing all kinds of support to abused women and children. Those who are involved in these tortures are being brought under strict punishment. Anti-torture committees have also been formed in neighborhoods.

Bangladesh has taken various steps in view of several resolutions adopted by the United Nations General Assembly. Bangladesh has enacted codes of conduct for law enforcement officials, guidelines for doctors, anti-cruelty to prisoners’ laws and regulations related to torture prevention and punishment process.

The Torture and Death in Custody (Prevention) Act was passed in 2013. Bangladesh’s criminal laws prohibit all forms of violence that amount to torture.

In Bangladesh departmental action is taken against the police officer responsible for any misconduct including torture. Any aggrieved person can complain to a senior police officer about torture in or out of security custody.

Administrative action is taken against policemen under the Public Servant Disciplinary and Appeal Rules of 1985, Bengal Police Regulations of 1943, Police Officers Ordinance of 1976. Apart from this, ACC, Parliamentary Standing Committee, National Human Rights Commission and even the High Court are working to monitor the activities of law enforcement agencies.

Strict action is being taken if the allegations against any member of the law-and-order force are proved. 27 RAB members have been accused in seven murder cases in Narayanganj.

17 cases have been filed against members of the law enforcement agencies in the past years. Apart from this, many have been punished for different periods. Apart from the government, several statutory institutions like National Human Rights Commission, Law Commission, Legal Services Organization are playing an important role against torture.

Bangladesh is a country of communal harmony. The government attaches utmost importance to the security of religious minorities. In case of any kind of attack on minorities, strict legal action is taken against them. Civil society and bloggers in Bangladesh have the opportunity to freely express their opinions besides having their safety ensured.

According to the constitution, the protection of fundamental rights can be sought from the high court department. Any person can file a petition in the High Court in case of violation of human rights. The High Court Division can issue orders to any authority in the Republic to enforce human rights.

The best example of Bangladesh giving utmost importance to protecting human rights is sheltering 1.1 million Rohingya. When the Myanmar government perpetrated extreme torture on the Rohingya, we opened the border thinking about human rights. Whenever there is talk of their return to Myanmar, the Bangladesh government has always remained firmly committed to a policy of non-forced repatriation. Bangladesh is steadfast in its commitment that they will be repatriated only when their security, safe life and basic human rights are guaranteed in Myanmar.

However, the High Court’s play an appropriate role against extrajudicial killings and torture and pass necessary orders to ensure justice. But there might have some allegations of human rights violations in Bangladesh. Bangladesh needs to address these issues promptly. Bangladesh will have to move forward still.

October 7, 2022
Tokyo: Nick Kyrgios withdrew from the Japan Open just before his quarter-final on Friday with a sore left knee, calling it "heartbreaking". The mercurial Australian...