75 Years of Independence— A miscarriage of Justice

Long enough together to have become a nation 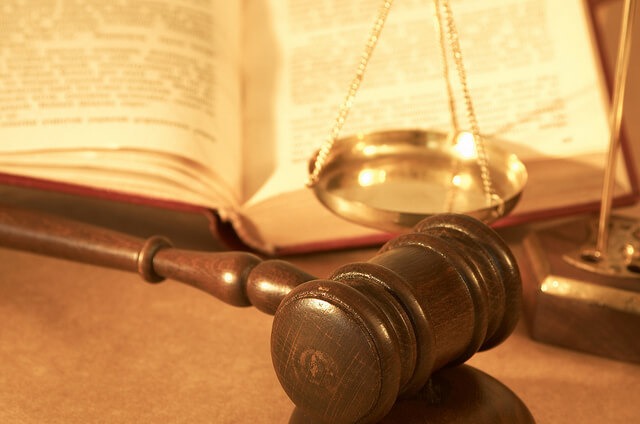 Sociologists and anthropologists believe that half a century and a couple of wars are enough to convert a group of people into a nation. In the last 75 years, we have gone through the milestone of half a century as well as several wars, at our international borders as well as inside our land.  Technically, we are a Nation now.

According to the classical definition, a nation is a community of people formed on the basis of a combination of shared features such as language, history, ethnicity, culture, and territory. We have a territory but still not a language because Urdu being the National language is yet not used as the official language. We have a variety of cultures and ethnicities and as an identity, we have different dimensions.

I did research years ago by stopping people on the streets and asking a simple question “Who are you?” The biggest group was those who answer “I am a Muslim”. The second biggest group was those who informed me of their ethnicity (Punjab Sindhi, Balochi, Pashtun, etc). The smallest group answered “I am a Pakistani”. Their answers were not shocking to me because this is what we had been teaching in schools.

The majority of us still do not believe that “a nation is a group that gets its independence for a certain goal and is a fully mobilized or institutionalized group that works as a cultural-political community that has become conscious of its autonomy, unity and particular interests under the command of its Constitution”. Here are two words that by design have been taken away from our thought process during our schooling; “Constitution” and “Political Community”. Unfortunately, every decade, we are told a new concept of “why did we take our independence?” and the very next we follow another reason for getting independence and this mantra is an unending story. Sometimes I think we are a story of “miscarriage of justice” and facing the brunt of punishment for a crime we had never committed.

We, a 75-year-old nation, is the perfect stock for selling dreams, hopes, optimism, and confusion. I am the second generation which is buying dreams and my children are third and their children will be fourth. Nobody amongst us still knows for how long we will be compelled to sleep, and dream merchants keep vending us their stuff.

My pragmatic and confident parents endured painful migration in order to hand over an independent country to us, but they left for their eternal resting places when we had already lost former East Pakistan, and then thank God they did not see scenes in which around 5000 militants were slaughtering over 85,000 innocent Pakistanis. Thank God my parents did not see how the country was divided into “Pure and infidel” because both were departed souls by 1982.

All generations under Independent Pakistan are victims of a miscarriage of justice;I don’t use “justice” in the narrow sense of “legal justice”, but use this term for political, moral, social, legal, economic and historical justice. We are prisoners living in a laboratory among different kinds of colorful chemicals and we do not know what would be the next experiment but we are sure there will be one soon.

I am the generation that faces the brunt of “Rah Haq” Gen Ziaul Haq patched for us and then Gen Musharraf informed us that “Rah Haq” was neither a Rah (a way forward) nor it was Haq (truthful discourse). He sold us “Enlightened Moderation” telling us it was a key to a moderate and successful society. We bought the stuff and moved on. After his running away from the country we were informed that neither “Rah Haq” nor “Enlightened Moderation” were key to modern society and we also accepted this narrative.

My generation kept buying and putting narratives and dreams in draws and still this buying spree is not ending. My generation had been accepting everything it was offering and trying to move forward. In 1976 when I won a speech competition, my headmaster gifted me an Urdu translation of a famous book 100 great personalities of history. When I won the Lahore Board speech competition in 1981, my headmaster gifted me the book Maut ka manzar— marny ke baad kya hoga (The scene of death and what would happen after death in the grave). In simple words, my generation already spent its life between these two books. Half of my age was spent deciding what should be the length of my Shalwaar (eastern trouser) and a half left to decide whether Denim is better stuff or wrangler.

Whatever I reported and observed in my journalistic career started in 1988, I can sum up as:

(I had to confront another river after I crossed one).

I had been a part of a complex society that had been going through almost all kinds of political and social experiments and the “Laboratory rat” was still not allowed to come out of the laboratory.

We had gone through political romanticism of the 1970s that was replaced by the jihadism of the 1980s, the compromised- democracy of he 1990s, the anti-Jihad narrative building of 2000s, the physical fight against Jihadism in the 2010s, and onward experimentation of all— the rule of Pakistan Tehrik e Insaf (PTI).

Already under experimentation since 2006, the PTI “Masala mix” had an awesome taste.  Now Pakistan is re-experiencing the political romanticism of the 1970s under the banner of Riasate Madina and trying to reclaim absolute independence of democracy. Trapped deep into poverty, illiteracy, and uncertainty, the emerging Pakistani youth was looking at its political leadership like a starving thirsty dying person in the middle of the desert and looking at the sky for divine help. That was the scene where Imran Khan put his bid and built his narrative of hope beyond realities and promises having no fulfilments, but through his power like a dream merchant, he successfully sold dreams for a better new Pakistan among the masses.

Breaking my clichés that now people are only interested in bread and butter and better infrastructure, instead, Imran Khan woven hopes and dreams. He is still selling dreams and hopes that are beyond execution and are impractical. He has never contested on this issue and nobody ever talked about that his promises were unachievable, impractical, and in contradiction to social, economic, and geographical realities. How could we achieve Riasat e Madina that is not even being promised by Islamic states of the Arab world? Riasat e Madina was the reality of a particular era and geographical location. We need to browse, find and contest every dream and phrase Imran is selling successfully.  I do not know what would be the product, however, I am certain that all generations under Independent Pakistan are victims of a miscarriage of justice;I don’t use “justice” in the narrow sense of “legal justice”, but use this term for political, moral, social, legal, economic and historical justice. We are prisoners living in a laboratory among different kinds of colorful chemicals and we do not know what would be the next experiment but we are sure there will be one soon.

February 8, 2023
LONDON: Britain's Royal Mail on Wednesday unveiled the first postage stamps to feature the image of King Charles III, following his ascension to the...