The Supreme Court might miss out on ISO9000 certification 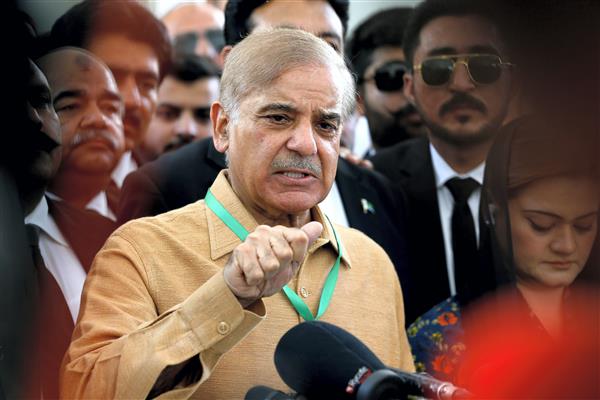 Prime Minister Shehbaz Sharif has complained that judiciary has double standards while adjudicating PML(N) cases. He referred to the recent decision handed over by the three-member bench headed by the Chief Justice of Pakistan which removed his son Hamza Shehbaz as Punjab Chief Minister. Shehbaz has been around and understands the system well. He has had two direct stints as CM and one indirect with Ghulam Haider Wyne as the front man.

‘Standards’ are the most misunderstood and ignored documents in the land of the pure. A ‘standard’ is defined as a level of quality or attainment which is clearly defined and then followed. In 1967 Pakistan Standards Institution (PSI) opened its Lahore office on our property.

Siddiqui Sahib was transferred from the head office in Karachi as the director incharge. He was a very simple and decent individual, and on his request my father allowed him to sleep in the building. Those were good times when there was respect for simplicity, honesty and integrity.

As industry was developing a need was felt to have our own standards. Siddiqui Sb often consulted with my old man who was also very supportive of his efforts. He often used our car to visit factories around.

I remember going to dinner with him on the invitation of Mian Sharif at the newly built Sharif residences in Model Town.  While Mian Sb and his elder son ate with us at the table, Shehbaz served the food as the kitchen was manned by females. There was an after-dinner discussion about the importance of standards. After Siddiqui Sb left, the office was transferred to Rivaz Gardens and we lost contact. Despite being around for decades, PSI could not produce the required standards for the country

While the world has succeeded in developing standards unfortunately they are blatantly ignored in the Islamic Republic of Pakistan. We hardly have standards, what to talk of ‘double standards’. In 1990 I went to buy an adapter switch in Frankfurt. The salesman wanted to know the standard to be conformed to, as they had a variety of them.

While PSQCA has industrial liaison but lacks the required laboratory support, PCSIR operates without this important link with industry.  Every setback creates an opportunity which should be availed. Let us get rid of sub-standards, double standards etc by formulating real and effective ‘National Standards’ that can be enforced to produce results and provide relief to the public. For the PM it should be a wake-up call to focus on producing ‘ Standards ‘ to achieve the much needed standardization of goods, services and efforts. The grim situation calls for action, not complaints or cover-up, as has been the case in the last 75 years of our mal-existence.

Around 1992 my friend Dr Kamran Moosa went to an exhibition of Engineering Products in Dusseldorf in which his organization had a stall of their products which were mostly re-engineered for Army use. As Germans are very proud of their Standards, everyone wanted to know the Conformance Standards  of their exhibits. The Pakistan team had no answers.

Dr Moosa came back and started a ‘Quality Movement’ in the country. I too joined him in this crusade and together we started to build an ISO9000-based Quality Management System. At one time around 4000 industries were certified under this Quality Standard.

Finally the Ministry of Science and Technology decided to revamp the almost dormant Standard’s effort in the republic. Quality was included in the PSI charter and a new organization was created called PSQCA (Pakistan Standards and Quality Control Authority). I was appointed the first Director General of this new entity in 2002.

Karachi at that time was under the MQM ‘ Bhata Rule ‘. Those who stood in its way were eliminated. Hakim Saeed of Hamdard, Shaukat Mirza of PSO, Shahid Hamid of KESC were gunned down during this period.

As I understood the challanges of my assignment of first producing and then enforcing standards to protect consumer rights, I travelled to Islamabad to convince the Secretary to move the PSQCA headquarter to the federal capital. He wanted me to first take charge of the assignment and then move the case for shifting, which I turned down. Finally after 20 years the shifting took place in the year 2022, 20 years too late. Hopefully some good will come out of this move and Pakistan will succeed in developing its own national standards to push the sale of substandard products out of the market.

The judicial system has its own laws but no formal written enforceable standards to measure attainment or quality. Service to the public is not even considered. There is a huge backlog of cases while the judges go on summer vacations. On the demand of a full bench in the recent case about the ruling of the Deputy Speaker, the CJP mentioned that most judges are out of the country.

Unless and until the entire backlog of cases is cleared long vacations should be discontinued to meet ‘Customer Satisfaction’ which is a major clause of the ISO9000 Standard. In a country where almost everything is sub-standard, the PM is talking about double standards.

Measurability is an important requirement of any ‘Standard ‘ which is blatantly ignored in the land of the pure. Mystery is another ailment of our system. Most standards mandate the collection and display of ‘customer complaints’ and listing of the corrective and preventive action taken to resolve them. Standards lead to ‘Standardization’ to avoid confusion and misdirection.

The PSQCA has not been effective in building standards as it lacks the necessary resources. In Malayasia the Standards and Industrial Research Institute (SIRIM) has played a dominant role in the industrial growth of the country. Every product is first tested in the laboratory and then released against a standard before it reaches the marketplace.

While PSQCA has industrial liaison but lacks the required laboratory support, PCSIR operates without this important link with industry.  Every setback creates an opportunity which should be availed. Let us get rid of sub-standards, double standards etc by formulating real and effective ‘National Standards’ that can be enforced to produce results and provide relief to the public. For the PM it should be a wake-up call to focus on producing ‘ Standards ‘ to achieve the much needed standardization of goods, services and efforts. The grim situation calls for action, not complaints or cover-up, as has been the case in the last 75 years of our mal-existence.