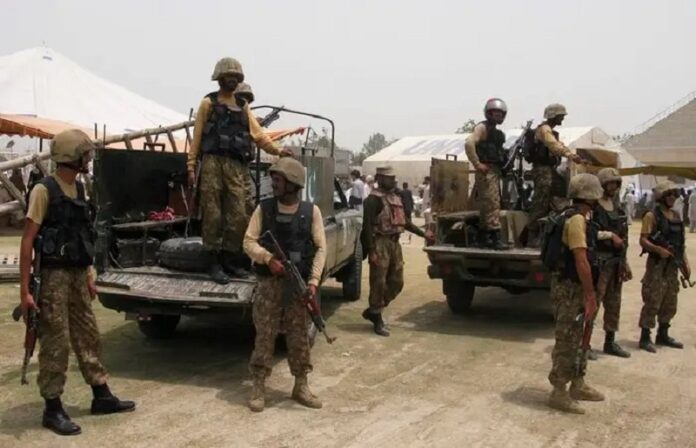 “On 29 July 2022, on information regarding movement of a Terrorist group on Motorcycles towards Panjgur from Kech, an operation has been conducted by Security forces in general area Hoshab, District Kech,” says a handout issued here by the ISPR.

“Security forces immediately cordoned the area and started search operation to apprehend the Terrorists. Once surrounded, the terrorists opened indiscriminate fire on security forces.
Heavy exchange of fire took place between terrorists and security forces. Resultantly, 6 Terrorists have been killed and large cache of arms and ammunition have been recovered.
During engagement, Havaldar Hidayat Ullah (belongs to Lakki Marwat) embraced shahadat while Naik Mir Muhammad (belongs to Waziristan) got injured,” the statement added.

A two-day general council meeting of the Jamiat Ulema-e-Islam (F) is scheduled to be held in Mufti Mahmood Markaz on August 20-21, 2022. Ameer...
Read more
NATIONAL