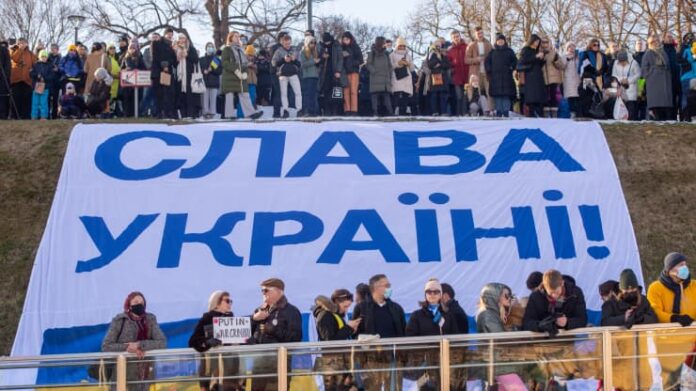 Only naive souls or blind ideologues could have thought that Russia’s aggression against Ukraine would end well. It will not. And the longer it continues, the worse the situation will be for everyone.

Did Vladimir Putin actually believe that the West would roll over and accept his annexation of more Ukrainian territory, giving him an easy victory? Did he really think that Ukrainians would overthrow their own leadership, replacing it with a more pro-Russian government? Did the West, after appearing to dismiss US President Joseph Biden’s early warnings about Russian intentions, believe that their belated outrage and displays of resolve would mobilize the world community forcing Putin to give up?

At this point, the Russians have invested too much of their prestige and resources in this invasion to withdraw. And for the Ukrainians, their national pride is at stake, as is their justifiable fear of Russian intentions. They will not just surrender and accept defeat.

We have now entered the fifth month of this war and despite frequent reports that the Russian military is nearing exhaustion or that the Ukrainian resistance is flagging, there is no end in sight as the killing of innocent Ukrainians and widespread devastation of Ukraine continues. The reality is that no one can or will win this war. While the Russians will be ground down in a long conflict that will cost them dearly, the Ukrainians will pay the dearest price in lives, treasure, homes and infrastructure, and security.

There are additional costs to this war, some of which will only become apparent in the years to come. First and foremost is the fate of the millions of Ukrainian refugees who have been forced to flee their country or who have been internally displaced by the fighting. As is the case in every war of these proportions, only the naive assume that when the hostilities end, the refugees will simply return. In the first place, we have no idea when, how, or if this war will end. What should be certain, however, is that the longer it continues, and the more damage done, the greater the number of refugees who will either be unable or will choose not to go back. In that case, we must ask whether the countries who were initially welcoming of refugees will remain so?

Then there are the unanticipated geopolitical transformations that are slowly beginning to take shape in response to this war. In the immediate aftermath of the invasion, President Biden, taking a rhetorical page from the likes of Winston Churchill, spoke of the world coming together to oppose Russia. Weapons and aid were sent to Ukraine and NATO countries enacted ever-expanding sanctions on Russia. In speeches we were told that these crippling economic measures would isolate Russia, devastate their economy, and help bring the bear to its knees.

Some of these measures were necessary and others were justifiable. But just as the invasion will have consequences, both intended and unintended, the far-reaching economic measures and efforts to impose isolation will as well.

On the one hand, the loss of Russian oil and gas and Russian-blockaded Ukrainian wheat are having a devastating impact on the economies and peoples of both East and West. While not able to immediately transition, Russia has, with some difficulty, been able to recoup some of its losses by selling its vital resources in Asian markets. Because restrictions have been placed on Russia’s ability to trade in dollars, they have demanded payment in rubles, giving their currency a needed boost. Meanwhile, the rising costs of fuel and flour are destabilizing countries, both rich and poor. And the scramble to find new sources of oil and gas is putting critically important climate goals dangerously on hold for the foreseeable future.

Partly because of continued lack of trust in the consistency in US leadership (given the dizzying shifts in US policies over the past two decades) many nations have hesitated or outright refused to join a united front in opposition to Russia. As US and other Western diplomats have continued to apply pressure on Latin American, Arab, and Asian countries to join the West’s campaign to punish and isolate Russia, their efforts have been politely rebuffed. These countries have reminded their Western interlocutors that just as various Western nations have placed their national interests first, even though they do not support the Russian actions in Ukraine, they must now place their own economic and geopolitical interests first. This has led one analyst to cynically describe the emerging US/NATO coalition as “the West against the rest.”

The longer this conflict continues, the more locked in place some of these emerging economic and political realities become, and the greater the danger that the world will become more deeply divided in a new Cold War. Relations will fray, economies will suffer, antagonisms will fester, and new conflicts will emerge.

It was precisely for situations of this sort that the United Nations was created, and international law and conventions were written. If they had been functioning, the aggrieved parties could have demanded negotiations or arbitration. Because all the world powers have degraded the world body and ignored the rules of law and warfare, we lack the mechanisms to resolve conflict and protect rights.

What we are now left with are the same choices we faced five months ago— either pouring more gasoline on the fire or mobilizing international pressure to forge a negotiated solution. It won’t be easy or even palatable to find a way forward. Sacrifices will most likely be required and neither side will get what they want. But it’s either that or a continued downward spiral that will lead us all to a divided and dystopian new world order— one which we should be seeking to avoid at all costs.