Geopolitics has made life difficult for Pakistan 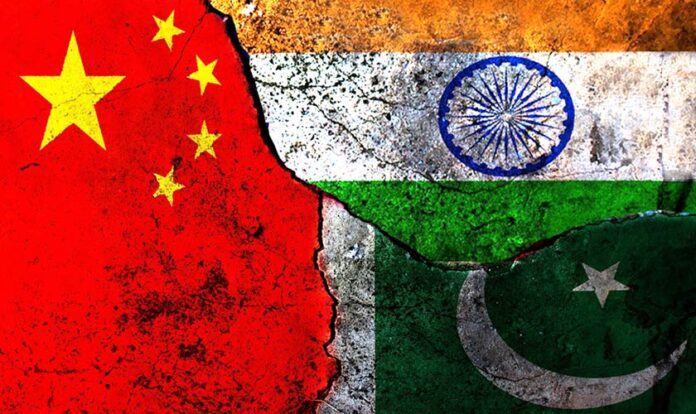 Pakistan has been a victim of its geography since its independence. It is located in one of the most active geopolitical regions where multiple players have been engaging each other to extend their political influence since the last half century. Unfortunately, most of the geopolitical challenges Pakistan is facing today are not of its own making. Pakistan’s geographic and geostrategic importance in the region is well established now but at the same time, this geography has also ushered lots of foreign policy and national strategy challenges for the state.

Being the gateway for Central Asia and land-locked Afghanistan to the warm waters of the Arabian Sea for global trade could be a big geo-economic advantage, but due to the prevailing geopolitical situation in the region, Pakistan is yet to materialize this potential.

If we look at the ensuing geopolitical great game in the region in the context of  percentPakistan’s foreign policy, on one hand there is the added apprehension of the USA and the west towards China, troubled Afghanistan trying to survive after the War on Terror with vested interests of various states, Pakistan-India rivalry due to territorial disputes including India’s illegal occupation of Kashmir, water dispute, history of armed conflicts, and mistrust with Iran remain big challenges for the state while on the other side, Gwadar, being a deep seaport, at the mouth of the world’s energy corridor makes Pakistan relevant to the future strategy and interests of the world powers.

Not every nation has the spirit to survive in such a hostile, complex and fluid environment which is mostly triggered externally. Despite the fact that Pakistan remains in a geopolitical cauldron, it has been still able to carefully manage the interstate relations within the region

If we look into Pakistan internally, it has six major ethnic groups i.e. Punjabi (44 percent), Pashtun (15.4 percent), Sindhi (14.1 percent), Saraiki (8.4 percent), Muhajir (7.6 percent) and Baloch (3.6 percent). There are over 60 languages spoken in Pakistan. 96.5 percent population is Muslim (Sunni 85-90 percent, Shia 10-15 percent), and other religious minorities include Christian and Hindus (3.5 percent). Being a young nation aged75 years, sectarian and ethnic triggering by external forces and foreign funding have polluted the national scene which is being exploited by political and religious segments.

Pakistan’s social landscape started to turn worse after the Russian invasion of Afghanistan in 1979. The Afghan jihad encouraged trends of militancy in Pakistan and led to the proliferation of some religious seminaries. Some of these religious seminaries were involved in spreading religious extremism, sectarianism.

Whereas, since the beginning, Pakistan has continuously faced an existential threat from India, forcing Pakistan to spend on its security, impacting national resources and making sometimes unnatural alliances. With three major wars with India and numerous scuffles and armed escalations, and the breakup of East Pakistan into Bangladesh as a result of Indian conspiracy, proved the initial perception of existential threat a harsh reality.

Since 1980, Pakistan has been trapped into the middle of hybrid warfare as it is clear from its meaning; hybrid warfare is not a direct war but an amalgamation of irregular strategies, media propaganda, fake news and disinformation. There is a deliberate propaganda campaign against Pakistan at international level. There are various propaganda patterns to change the global perception about Pakistan.

Several organized media campaigns have been launched regionally and internationally to create anxiety, anger and fear against Pakistan. There are innumerable implications of these propaganda campaigns, which not only make a fuss of Pakistan’s image but also stimulate further challenges for Pakistan. In the age of digital politics, fake news, sensitive and emotional contents are being utilized to mislead and misguide the public at national and international level with very serious consequences for Pakistan in the long term. Western and Indian-led propaganda already against Pakistan has adversely affected its international relations. Once, Pakistan was one of the favorite tourist destinations, yet during the last two decades, Pakistan has been projected as one of the most dangerous and insecure places to visit. Foreign-sponsored media houses are continuously portraying Pakistan’s image as a declining state. All the positives and strengths that Pakistan enjoyed have been exploited in one form or another and transformed as a weakness by hostile states in varying time frames.

Pakistan is antagonizing from national security to individual security, not because of its own created reasons but from outside. Pakistan is actually caught between the ‘Devil and the Deep Sea’ resulting from regional and global geopolitics. Despite all challenges and negatives, Pakistan has shown extreme resilience and potential par excellence. From producing world level sportsmen, economic intellects, noble winner scientists, doctors, diplomats, artists, maintaining one of the best armed forces, and war aces to becoming only Muslim nuclear armed nation is by no means feats to be brushed away.

It will not be wrong if we say that being Pakistan is not easy, and not every nation has the spirit to survive in such a hostile, complex and fluid environment which is mostly triggered externally. Despite the fact that Pakistan remains in a geopolitical cauldron, it has been still able to carefully manage the interstate relations within the region. Yet, there is a need to strategize, strengthen, and synergize its policies to counter most of the challenges, no matter whether balanced foreign policy, economics crisis or to counter digital challenges. Pakistan should promote its narrative first.

Noureen Akhtar
The writer can be reached @NoureenAkhtar16