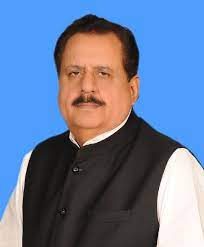 ISLAMABAD: Minister for National Food Security and Research Tariq Bashir Cheema Tuesday said over 1.2 million agriculture tubewells would be switched to solar energy to reduce input cost and enhance farm income, particularly that of the small land holders.
Addressing a press conference, the minister said that a task force was being formed to finalize modalities and engage commercial banks to finance the facility. Under the facility, the farmers would have to repay the loans in installments up to three years.

He said the initiative has been taken on the directives of Prime Minister, Shehbaz Sharif, who has also asked for formulating short and long term policies to ensure tangible results in shortest possible time with focus on reviving agriculture sector for maintaining food safety and security as well as prosperity of farming communities.

While reaffirming the government’s commitment to ensure proper rate of return to the farmers for their produces as well as enhancing the output of all major and minor crops, he said that recommendation for cotton intervention price was finalized and put on agenda of next meeting of Cabinet for approval.

He said that the initiative was aiming at encouraging the farmers to bring maximum areas under cultivation of this crop of vital importance, adding that area under crop sowing during last season reduced by 37 percent, which was replaced by rice, maize and sugarcane.

The minister further informed that government was also keen to announce minimum support price for wheat before the start of the sowing season in order to encourage farmers to sow more wheat for attaining self-sufficiency in staple grains production and reduce reliance on imported wheat and edible oil that were enhancing pressure on much needed foreign exchange reserves.

The minister said that government was aware of rising inflation and the problems being faced by the common man in the country, adding that steps were taken to protect them from the inflationary pressures.

He said that government through its Utility Stores Corporation network was ensuring provision of essential commodities on controlled rates and provided wheat, flour and other commodities during the holy month of Ramzan.

In order to avert any possible shortage on food grains by the emerging Russia-Ukrine conflict, the government had beefed up its strategic reserves and enhance wheat procurement targets of all provincial governments and PASSCO, adding that it was also decided to import about 3 million tons of wheat to ensure smooth supply throughout the year.

Highlighting the relief measures introduced by the incumbent government for agriculture sector, he said that sales tax on tractors was withdrawn, where as seed cotton and canola were exempted from sales tax, adding no tax was levied on fertilizers to facilitate the growers.

He said that government was paying special focus on small scale growers as they were about 92 percent of total farming community having less then 12 acres of land, adding that measures would be introduced to ensure their access to credit facility and saving them from the exploitation of middle man.

Tariq Bashir said that despite the tough condition agreed by the last government with International Monetary Fund, the coalition partners had decided to take tough decision to save the country from default and also decided to take masses into confidence by sharing the facts with them.

The minister said that government was taking other measures to benefit from the Chines experience and expertise in agriculture and livestock, adding that agreement for the buffalo breed improvement with China was finalized. He said that China was the biggest importer of beef and it was asked to establish farms in Pakistan that would help to develop the local livestock sector as well.

The minister said that barter trade with Iran, which was suspended for last two years was also restored and first consignment of apples would arrive here during current month and mangoes from Pakistan would be exported to Iran, adding that full trade would be resumed by September as about 100,000 tons of rice to be exported to Iran.

Besides, the other bottlenecks in transit-trade was also removed to enhance trade with regional countries, particularly the trade in agriculture produces to promote local agriculture and livestock sectors.

To a question, the minister said that government was taking steps to ensure availability of quality seeds and pesticides and finalized negotiations with Monsanto company, adding that work on the agriculture cooperation under second-phase of China-Pakistan Economic Corridor Project in livestock and research was also finalized, adding that a special task force is being formed to take the input of all the stakeholders to make the agriculture sector more viable and strong.

The minister said that government was evolving a mechanism by taking all the provinces on board to ensure uninterpreted supply of fertilizers on affordable rates, besides discouraging the hoarding and black marketing of the commodity.

Tariq Bashir Cheema further informed that government would provide special incentives to promote oil seeds cultivation in the country as he said it was consuming about $4.5 billion annually, which was expected to reach $ 6 billion by next year.

ISLAMABAD: Minister for Information and Broadcasting Marriyum Aurangzeb said on Sunday that she was saddened over the 'toxic impact of Imran Khan's politics of...
Read more
NATIONAL

FAISALABAD: State Minister for Petroleum Dr Musadik Masood Malik said on Sunday that Pakistan will prefer utilisation of local resources instead of depending on...
Read more
- Advertisment -

September 25, 2022
The judgement by the Election Commission in the reference sent by the National Assembly Speaker about Imran Khan’s non-declaration of assets has been reserved....

‘Go Back to India’ trend haunts Indians in Europe, Gulf States and US