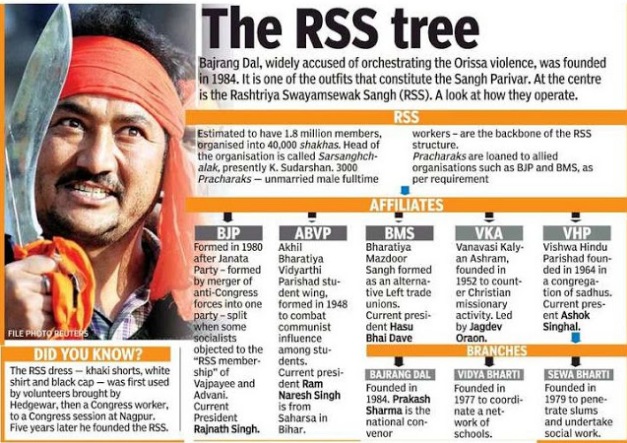 The protest against the Indian government’s agnipath (in the line of fire) scheme to train agniveers (fire sons) continues unabated. Even the farmers’ unions have joined the protests. The farmers regard India’s prime minister Narendra Modi as an anti-poor protégé of “crony capitalism” (Adani, Advani et al). The farmers point out that it is the farming community that mostly contributes their children to the Army. The agniveers sacked pension-less after four years would be a burden on the farming sector when they return home.

The Agnipath scheme was launched by the government for recruitment in all the three services wings, army, navy and air force of the Indian Armed Forces. According to the scheme, 75 percent of the recruits will be sent back while 25 per cent will be absorbed in the armed forces after four years of service.

The scheme is being denounced by various sections of the society from across the country.

There have been violent protests at many places. The Congress staged a protest against the scheme in Delhi, and other opposition parties, including Aam Adami Party (AAP), also joined the protests.

The former Karnataka chief minister Kumaraswamy is of the view that agnipath is a “figment of the RSSs imagination”. The RSS is running the country and the prime minister Narendra Modi is its (RSS’s) puppet. Kumaraswamy alleged that the RSS would use the Agniveers to take over the Army and begin Nazi rule in India. To quote his words, “Maybe they (RSS) want to implement that (Nazi rule) in our country, for which they’ve created Agnipath or Anginveer.

It is very likely that the Indian government would use the agniveers to crush the minorities. The agniveers may end up as RSS’s foot soldiers to eliminate rebellious minorities. Already, a so-called Hindu religious parliament (dharma sansad) has called upon the Hindus to buy the latest versions of arms to conduct genocide of the Muslim population.

“The 2.5 lakh people who are retained in Agnipath, they’ll be RSS workers then. It’s an RSS hidden agenda, and the remaining 75 percent who are sent out after four years will be spread to the rest of India. RSS wants to take over control of the Army”.

Telangana Congress’s senior vice president G Niranjan said there are doubts that the Agnipath scheme has been brought mainly to train the RSS, Bajrang Dal and BJP members in military combat and demanded that the top BJP leaders, including prime minister Narendra Modi and Union defence minister Rajnath Singh, should give clarity on this allegation to the people of the nation.

A day after the Union government, on June 14, announced the Agnipath recruitment scheme for the armed forces, several state governments announced they will give preference to retired ‘Agniveers’ while recruiting  the police force. India’s Union Home Ministry subsequently announced10 per cent reservation and upper-age limit relaxation for agniveers for recruitment to central armed paramilitary forces (CAPFs) and the Assam Rifles.

Critics point out the difference in training imparted to the police and army personnel. The armed forces are trained to identify and kill enemies. But, the police are involved in prevention and detection of crime and prosecution. Most importantly, civilian policing requires a reformist and friendly healing-touch approach.

It is because of the difference in the way the army and police are trained and function that deployment of Army in civilian areas for maintenance of law and order is a carefully considered decision. The Army has not been deployed in Maoist-affected areas for the same reason. The police are a public-facing force while the Army is an enemy-facing organisation. Army deployments for policing was not successful in Northern Ireland under Operation Banner. A case in point is the Jallianwala Bagh massacre by British forces in Amritsar in 1919, which led to a review of imposition of martial law in the future years.

A probable reason for creating the new militia is to reduce the burden of military pensions. India’s ex-servicemen staged long protests to get a one-rank-one pension accepted by the government. As per the existing financially cumbersome policy, an officer retired ten years back gets the same pension as one retired today.

India’s budgeted expenditure for defence pensions in 2022-23 is higher than the Health and Education Ministries’ revenue expenditures and just below those of the Agriculture and Rural Development Ministries. Moreover, defence pensioners form half of all Union government retirees and are double the number of ex-railway employees. The number of defence pensioners has increased by around a million in just the last seven years. India has to pay pension to Nepalese Gorkhas who return to their homeland.

It is very likely that the Indian government would use the agniveers to crush the minorities. The agniveers may end up as RSS’s foot soldiers to eliminate rebellious minorities. Already, a so-called Hindu religious parliament (dharma sansad) has called upon the Hindus to buy the latest versions of arms to conduct genocide of the Muslim population.