Pakistan one of most attractive tourism destinations in world: Envoy 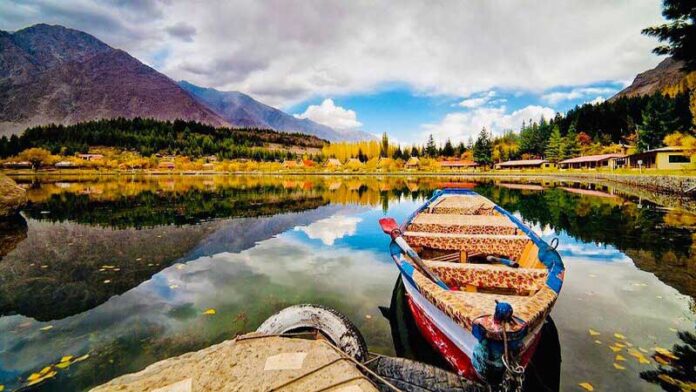 Pakistan’s Ambassador to Belgium, Luxembourg and the European Union, Dr.Asad Majeed Khan on Friday said that Pakistan has the most beautiful and undiscovered touristic sites with huge untapped tourism potential.

He was speaking at an event organized by the Embassy of Pakistan about Pakistan’s adventure tourism, to mark successful Belgian expeditions of K2, Nanga Parbat and Broad Peak at the chancery.

The participants included renowned Belgian mountaineers,Stef Maginelle, Sofie Lenaerts, Niels Jespers, Luc Beirinckx and Wouter Noterman, who had recently climbed K2, Nanga Parbat, Gasherbrum I & IIand Broad Peak, as well as a group of trekkers who will be undertaking trekking expedition in Pakistan next month.

Ambassador Asad Majeed Khan in his remarks highlighted Pakistan’s potential as one of the most attractive tourism destination in the world.

He explained that Pakistan’s tourism industry has significantly developed with improved touristic infrastructure and visitor facilities, a press release issued by the Embassy of Pakistan in Brussels said.

Referring to the recently released report by the World Economic Forum (WEF) last month, Ambassador Khan highlighted that Pakistan has moved six points up in the International Travel and Tourism Development Index 2021.

The index ranks the countries based on the set of factors and policies that help stable and sustainable growth of the travel and tourism industry in each country, he added.

He said that the expedition of Belgian climbers will be a source of inspiration to local and international travellers especially mountaineers, trekkers and adventure tourists.

During the event, the climbers shared their personal mountaineering experiences at the K2, Nanga Parbat, Broad Peak, Gasherbrum I & II, Biafo Glacier and Snow lakes in Karakoram Mountains as well as their interaction with the hospitable local population from the area.
They also shared video presentations of their mountaineering expeditions in Pakistan.

While speaking on the occasion, Niels Jespers said that K2 is the most attractive Peak in the world and for him climbing K2 was a huge dream coming true with extreme pleasure and excitement.

In her remarks, Ms.Sofie Lenaerts said that the biggest reward of their visit to Pakistan was the connection which they made with the most friendly and hospitable local people of Pakistan.

Whereas Mr. Jens said that Pakistan is a hidden gem with amazing hospitality and mysterious attractions.

The event was arranged as part of the diamond jubilee celebrations of the 75th Independence Day of Pakistan.