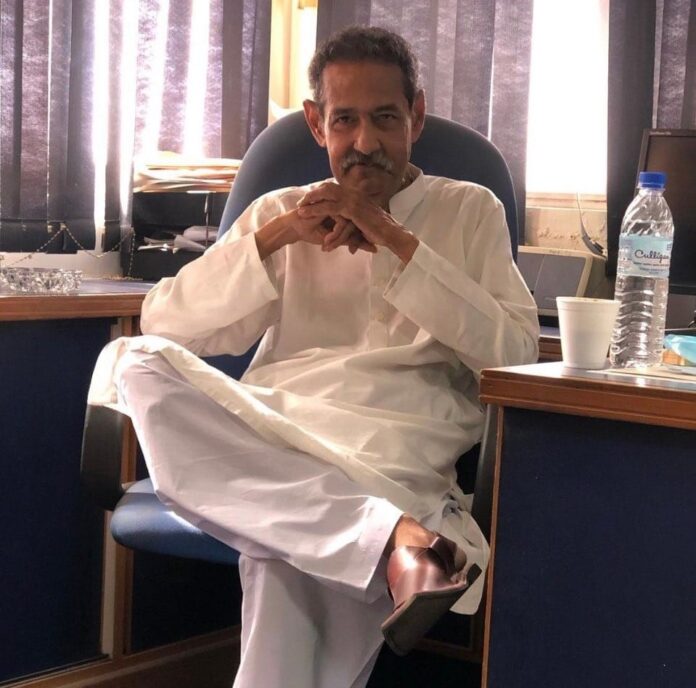 He was associated as a senior editor with the English-language daily The News.

An ardent supporter of press freedom, Aslam remained associated with several leading publications, including the now-defunct Herald, during his decades-long career.

According to the Associated Press of Pakistan, Prime Minister Shehbaz Sharif expressed grief over his death, and paid tribute to his services rendered for the freedom of the press and for raising awareness about human rights.

Climate Change Minister Sherry Rehman, who worked with Aslam at Herald, said it felt like her heart would “burst with grief”.

“He was the kindest, funniest, wittiest, warmest soul in the whole world,” she tweeted.

Feels like heart 💔will burst with grief upon hearing that old friend, veteran journalist @titojourno just passed away.He was the kindest, funniest,wittiest, warmest soul in the whole world. His life was never easy, but he always bore all with a smile. May u be smiling now Tito pic.twitter.com/LseJFYNCKV

ISLAMABAD/LAHORE: The Supreme Court Friday announced that the election for the Punjab chief minister's slot would be held on July 22 - after the...
Read more
NATIONAL

ISLAMABAD: In an effort to take the country towards self reliance in food commodities, especially in edible oil, the government has planned increasing the...
Read more
- Advertisment -

July 1, 2022
PESHAWAR: Work is under way on various access roads, which will be completed at an estimated cost of Rs13 billion to ensure easy access...