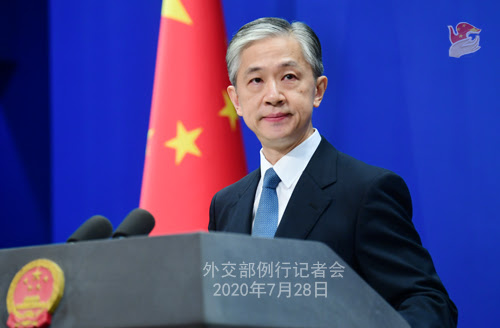 ISLAMABAD: China on Monday said that no matter how the international landscape may evolve, China-Pakistan relations will remain unshakable.

Wang Wenbin, a spokesperson of the Chinese Ministry of Foreign Affairs told a regular briefing that the recent visit of Foreign Minister Bilawal Bhutto Zardari who took China as the first destination of his official bilateral visits after assuming his post fully shows that the new government of Pakistan is committed to developing our all-weather strategic cooperative partnership.

“First, both sides agreed that the China-Pakistan friendship has endured for a long time and is full of vitality, the bilateral relations are rock-solid, and the solidarity and cooperation between the two sides has become an important stabilizing factor in a turbulent and changing world,” he said.

Second, he added, both sides agreed that any terrorist attack against Chinese citizens in Pakistan is unacceptable, any despicable attempt to undermine China-Pakistan friendship is doomed to fail, and incidents such as the terrorist attack on the Confucius Institute in Karachi must not recur.

“Third, both sides agreed that all-round cooperation between China and Pakistan enjoys fruitful results and broad prospects. The two sides will seek greater synergy between their development strategies, further tap into the potential of economic cooperation, and push forward all CPEC projects in a safe, smooth, and high-quality manner,” he added.

Fourth, Wang Wenbin said, both sides agreed that the world has entered a period of turbulence and transformation, and more than ever, the international community yearns for peace and development.

“China highly appreciates the fact that Pakistan was among the first to lend support to the Global Development Initiative and the Global Security Initiative. China is ready to work with other countries in the world to focus on the development agenda, meet security challenges, implement the UN 2030 Agenda for Sustainable Development and join hands to build a community with a shared future for mankind,” he added.

Fifth, he added, both sides agreed that the sound situation of peace, stability, cooperation and development in Asia is attributable to the joint efforts of regional countries and needs to be cherished all the more.

“We call on all parties to respect each other, treat each other as equals, conduct win-win cooperation, and oppose the Cold War mentality, zero-sum game and bloc confrontation,” he added.

“The friendship between China and Pakistan is jointly nurtured by several generations of leaders of the two countries”.

“China is ready to, as always, prioritize Pakistan in its neighborhood diplomacy, continuously consolidate the ‘ironclad’ friendship between China and Pakistan, let the building of a China-Pakistan community with a shared future take root, make China-Pakistan relations a powerful stabilizing factor in the region, and enable China-Pakistan cooperation to provide more robust vitality for regional development and revitalization,” he concluded.