Who stole the buffalo? 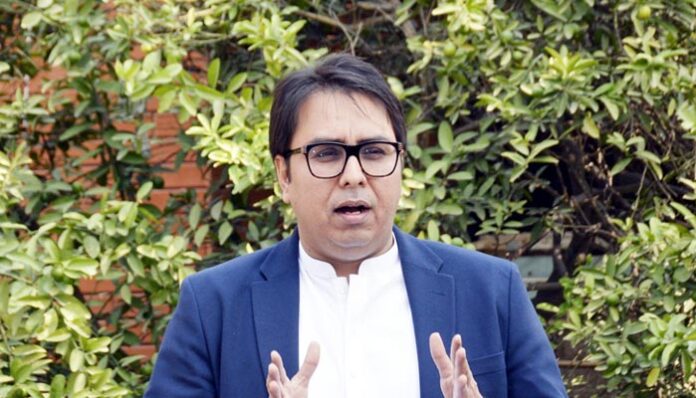 PTI leader and Imran Khan’s spokesman Shahbaz Gill has an accident on the Motorway, which he said was a murder attempt. He made an appearance the next day limping heavily and swathed in bandages.

However, he filed no FIR, neither with the Motorway Police nor with the Khanqah Dogran Police, which was the area in which that particular stretch of the Motorway lay.

By not registering an FIR, he avoided a medical examination. That reminds one of Ch Parvez Elahi, who claimed that a murder attempt had been made on him by PML(N) MPAs in the precincts of the Punjab Assembly.

He too had had an arm swathed in bandages, but he had shown as forgiving a spirit as Gill by not bothering to have a medico-legal examination done.

Another important piece of evidence missing in the Benazir case was the ‘lalkara’, in which the killer shouts out the reason why he is murdering the victim, in case he didn’t know. It has to end with the theft of a buffalo, otherwise the court is not convinced beyond all reasonable doubt.

While Ch Pervez will probably be able to get some MPAs to swear that his attackers made that Lalkara, Shahbaz Gill may have some difficulty showing that the killer (well, the attemptor) drove along Shahbaz’s car, shouting out his lalkara, which involved Shahbaz Gill’s great-grandfather stealing the attemptor’s great-grandfather’s buffalo, and only then driving it off the road.

Remember, without a Lalkara, the prosecution is hard-put to provide a motive.

Shahbaz Gill is probably not going to be convinced, not unless Ketanji Jackson Brown, the first black woman on the US Supreme Court, tells him so.

Shahbaz Gill has been used to the American justice system, where the police doesn’t know about lalkaras, or even old enmities (and a good way to show an old enmity is to show that an ancestor of the victim stole the killer’s ancestor’s buffalo).

As a matter of fact, Americans don’t go in that much for buffalo theft any more, not since Red Indians lost the Indian Wars.

I wonder what the US Supreme Court would have ade of the conviction of former Aussie opener Mike Slater for domestic abuse, because of mental health issues. One-time England Opener Geoff Boycott and Pakistan’s one-time keeper Moin Khan attacked their significant others.

Shahbaz Gill has never attacked a significant other, whatever the rumours swirling about his stays at an Islamabad University and a US one.

It must be noted that Slater and Boycott were openers, and Moin a keeper, exactly the opposite of Imran, who was a pace bowler.

More relevant is how Ben Stokes, the all-rounder, has been elevated to England captain, and Joe Root has stood down. Root was captain for the World Cup win, so if he decides to build a cancer hospital, then the MI6 is lining him up to head a hybrid regime somewhere about 2050.

Well, let’s see what Stokes does. One hears that both have switched to organic food.

Speaking of hybrid regimes, Punjab Governor Umar Cheema, apart from showing a thick skin, for no one would have stayed around after so many signs that he had outstayed his welcome, has shown he is an indefatigable correspondent, his latest effort being to shoot off a letter to the OAS, asking him to let him have a subedar and three jawans to arrest Hamza Shehbaz.

He also promised to send a reference against the LHC judge who ordered Hamza’s oath to the Supreme Judicial Council.

That would be a new one; a reference because of a judgement interpreting the Constitution. Even if the Governor had the CM’s advice, could he? And you might have noticed that the Governor doesn’t say why he did what he did. Unless a buffalo is involved, no SJC is going to even look at the case.

If Bob Marley had been a Pakistani, he would have sung “Who stole the buffalo?” instead of “Who shot the sheriff?”

Sharaqpur is a small town located 30km downstream of River Ravi from Lahore. The town, although small, had a rich heritage and it has...
Read more
- Advertisment -