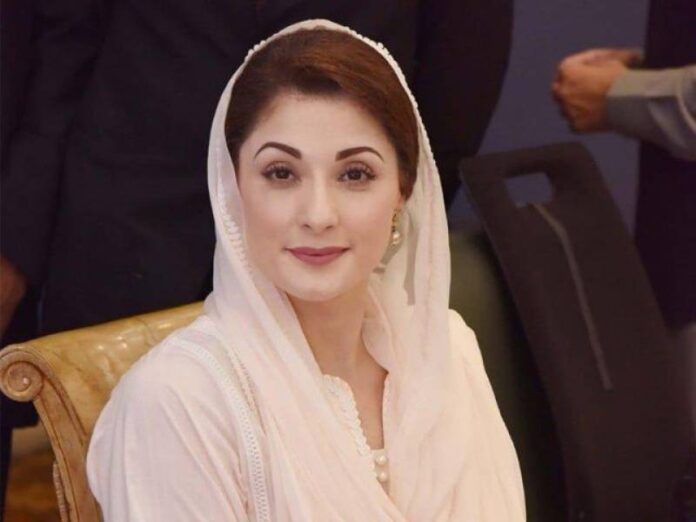 Despite the Lahore High Court orders for the administration of the oath to Chief Minister-elect Hamza Shahbaz on Thursday, no progress could be made on this front.

A day ago, while announcing the verdict on Hamza’s petition seeking a direction to the Senate chairman to administer the oath to him that was reserved on Tuesday, LHC Chief Justice Muhammad Ameer Bhatti had said that the delay in the administration of the oath is a violation of the Constitution.

Reacting to the development, PML-N Vice President Maryam Nawaz took to Twitter and lashed out at the PTI government in Punjab for deliberately delaying Hamza’s oath-taking ceremony.

“Despite the clear orders of the court, the swearing-in of Hamza Shahbaz is being arrogantly prevented,” she said. “Making fun of the Constitution, law, and courts with such unmitigated effrontery cannot be the work of a normal human being.”

She further said that the “ghosts of Bani Gala” must be dealt with severely since they do not seem to pay heed to verbal warnings.  “This is a province of 120 million people and it’s not a joke.”

Maryam said that these “lunatics should either be admitted to mental asylums or face serious treason and contempt of court cases.”

“It’s rather surprising that they have resorted to doing such childish things. It’s hard to think how our country was being run by mental and psychiatric patients. Thankfully, Pakistan has survived!”

The short order issued by CJ Bhatti had stated: “It is, therefore, concluded that all the enabling provisions/Articles of the Constitution of Islamic Republic of Pakistan, 1973, suggest the prompt formation of governments, i.e. provincial and federal. For that matter, expeditious administration of oath either by President or by Governor or their nominee, as the case may be, is mandatory; as all expected reasons/options causing delay are excluded/procured by suggesting/providing an alternate mechanism and I do not find any vacuum or space in the Constitution for causing any delay in the administration of oath required under Constitution.”

The verdict added that the province of Punjab is being operated without a functional government, for the last 25-days, since the acceptance of the resignation of the then Chief Minister Usman Buzdar while on the other hand, the oath of the newly elected chief minister, Muhammad Hamza Shahbaz Sharif is being delayed on one pretext or the other, which is not only against democratic norms but also against the scheme of the Constitution.

“That being the case, it is suggested/advised/proposed that Governor shall ensure the completion of the process of administration of the oath of Chief Minister Punjab, either himself or through his nominee, in terms of Article 255 of the Constitution, on or before 28.04.2022,” it added.

In the ruling, CJ Bhatti maintained that President Arif Alvi, who is also under constitutional obligation to facilitate the expeditious administration of the oath of prime minister or chief minister in any province, is suggested to play his role mandated by the Constitution/law, ensuring a functional provincial government in Punjab.

“The office of this Court is directed to transmit this order through fax immediately to the offices of the Governor and President for its placement before them, today.”

On April 16, Hamza Shahbaz was elected as the chief minister of Punjab in a ruckus marred session of the Punjab Assembly.

Hamza was elected as the new chief minister with 197 votes. While his rival Pervez Elahi did not receive any votes as his party and PTI had boycotted the polls.

Hamza is the third member of his family to be elected as chief minister of Punjab. Earlier, his father Shehbaz Sharif, who is now the prime minister, and his uncle former prime minister Nawaz Sharif had also held the post.

-- Observers fear way being paved to install convicted, disqualified Nawaz as PM ISLAMABAD: Article 62 (1)(f) of the Constitution, which sets the precondition for...
Read more
- Advertisment -