The international Criminal Court’s origins go back to WWII 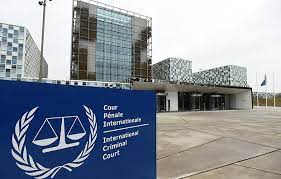 With birth of the modern state system in the 17th century in Europe, sovereignty-centred international law was established. The principle of “non-interference” was the basis of international law. Traditional immunities were granted to certain classes such as heads of state, diplomats, and top public officials under the principle of “noninterference”. States were all in all to take measures to maintain law and order and counter political misadventures. State had the right and responsibilities to deal with its citizens without any fear of accountability at international level that is why gross violation of human rights could be seen especially in developing countries.

Top influential officials use their institutional powers to legitimize the rule of any undesired person against public will. Even, departmental rules and regulations are violated for personal, institutional and political interests. So, the voice of the public is stifled by using government machinery. Law and enforcement agencies are used to kidnap, threat, harass, kill and torture activists and opponents. Police and armed forces are used to counter mass demonstrations. Money is invested to build propaganda to change public opinion, get legal remedy malafidely, and occupy public office against public will through horse-trading. Top heads of the most influential institutions use constitutional and legal gaps and exceptions collaboratively to legitimize rule of each other through extension, and usage of non-traditional constitutional provisions for mutual benefits. The most surprising thing is that all the dramas are performed in the theatre of democracy under the slogan of its protection. Democratic principles such as public welfare, electoral process, maintaining rule of law and protecting national integrity and sovereignty are misused badly in this theatre.

In the past, no one was there to probe violations of human rights and misuse of the system as traditional immunities shielded certain classes from being held accountable internationally. Egregious actions of persecution and breaches of human rights of heads of state were not treated as individuals’ actions, but of states. However, the atrocities of Axis powers in the 2nd World War motivated the victorious Allied powers to address the unaddressed question: How should the Axis leaders be held accountable for genocide, rapes, and torture of human beings?

The culture of impunity is expected to disappear in which political leaders, state heads and rebel leaders believe that they would not be held accountable for waging political violence, committing crimes against humanity and systemizing crimes against opponents, minorities or other nations

These trials also paved the way for exponential developments regarding new crimes in international law, especially the “crimes against humanity”. The new developments pierced the principle of “noninterference” or “nonintervention” by accountability of individuals because of inhuman acts of persecution, and state-sponsored rapes within territories of their countries. Surprisingly, the precedent or legal proceedings of these trials also challenged those domestic laws which had exceptional space for such egregious acts.

No doubt, four major developments were noticed at the end of the war that proved significant for the International Criminal Justice System. Firstly, two ad hoc tribunals were authorized by the UN Security Council for the prosecution of international crimes, committed during civil wars especially crimes in Yugoslavia and the Rwandan genocide.  Secondly, consensus was developed for the establishment of Hybrid Courts which would comprise a mixed panel of national and international judges. Initially, the courts were planned to be set up in Sierra Leone, Cambodia, and East Timor. Thirdly, many states especially in Europe allowed Universal Jurisdiction laws by empowering magistrates to conduct investigation and prosecute international crimes against humanity. Last but not the least, the first permanent International Criminal Court of the world was set up which became operational on 1st July 2002.

International Criminal Justice has become the most significant feature of international law. Especially, the culture of political violence and international responses to abridge fundamental rights have made the subject interdisciplinary. Philosophy, ethics, political science, international relations, sociology, criminology, and law play pivotal roles in the international criminal justice system by making it an interdisciplinary field of scholarship. With the growing sense of responsibility to voice up against violation of human rights irrespective of national, ethnic, religious or political identity, the culture of impunity is expected to disappear in which political leaders, state heads and rebel leaders believe that they would not be held accountable for waging political violence, committing crimes against humanity and systemizing crimes against opponents, minorities or other nations.