Hinduism in ancient and modern Afghanistan

An aspect of the Afghan imbroglio too often ignored 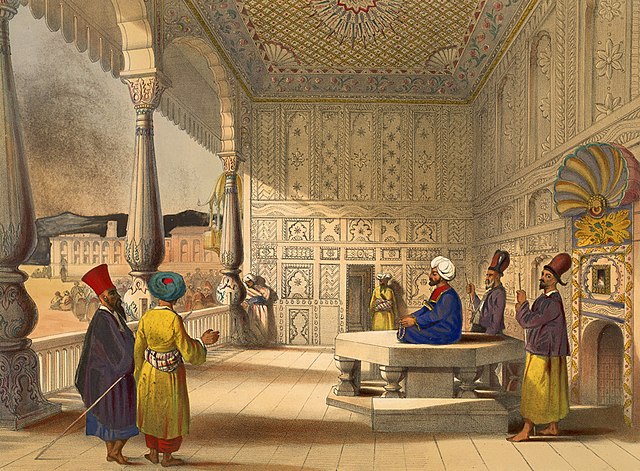 Despite the thin number of Hindus in Afghanistan, their history in the country dates back 34,000 years or roughly during the Bronze Age and Indus Valley Civilization when Gandhara was a Mahajanapada, and it further expanded in the era of Aryan expansion into Mesopotamia and the Medean rule from 1500-551 BCE.

This apart, in many kingdoms and empires of the time, the cult of Hinduism and Buddhism flourished. Meanwhile, a dynasty named Hindu Shahi had been in powehe r which represented tHindu culture of the time. From the description of different scholars and analysts it is clear that before the arrival in Afghanistan of Islamic forces, and their conquest of it, the people of the country remained multi-religious and people hardly heard about religious persecution, discrimination and forced conversion of one religion by another.

The scene however, changed with the advent of Islam (the Turk Shahis) who defeated Jayapala and annexed the land under the Rashidun Caliphate. The new invader proved costly for both Hinduism as well as Buddhism in the whole region and lost prestige/glory returned after the battle of Nowshera and annexation of the region under the Sikh empire with its unique religious tenets.Once again, the position of Hindus and Hinduism improved significantly after the establishment of modern Afghanistan by the Hotak dynasty when most of the Hindus were in the upper status in society engaged in business. Ethnically they were Punjabis andSindhis who are believed to have come with Sikhs as merchants in the 19th century.

However, as a result of the deteriorating situation of Afghanistan due to continued violence and inter-group struggle ongoing for decades, the population of Hindus, including Sikhs and Sindhis, drastically declined and many of them have left their homes in search of better opportunity of livelihood, peace and safety. The second victory of the Taliban by force in August 2021 has made the condition worse.

Before the modern form of Hinduism came into existence we also found a form of the religion that often Afghans used to follow which worshipped Surya and Paganism that was influenced by Hinduism and whose followers include the farmers and animal herders.

In addition, the city of Balkh was founded which also promoted Hinduism up to the Middle East in the form of small colonies. The second factor that contributed in the development of Hinduism was the Indo-Aryan migration between the 2000-1200 BCE when an Indo-European tribe known as Aryans began arriving in the Afghan region. Historically they were considered a Rigvedic tribe, following the Rigvedic religion. There is also a confusion about the Pashtuns and while some consider them as having Vedic ancestors, the Pakthas, others claim them to be the descendants of the 10 lost tribes of Israel.

The Gandhara Empire, which flourished in the region, is a vital source of information about the existence of Hinduism in the area. At the time along with Hinduism also developed Buddhism and many followers of Lord Buddha converted to Hinduism. In the context we found several evidences in characters of Mahabharata and both Shakuni,and Gandhari both belong to Gandhara Empire, whose inhabitants were called Gandharvas, and considered to be well versed in music and art, established a deep cultural connection with Indus Valley civilization, then prevailing in Northern India.

In the modern era, the Hindu population of Afghanistan comprised of Punjabis and Sindhis who are believed to have come with Sikh merchants in the 19th century, and although they, initially were in good numbers, over the years due to superpower rivalry and national instability, most of them left the country as in today’s Afghanistan, their number is only 1000.

Hinduism in Afghanistan witnessed a number of changes along wih the change of regimes and their policies towards it from the ancient to mediaeval and modern. In the classical period of history when several regimes or kingdoms ruled the country from 250 BCE-565 CE both Hinduism and Buddhism developed equally as they both had common rootz and they were rivals in the same religious tradition and as result, a large number of Hindu temples were erected for the worship of the people as several inscriptions, art and heritage have been found particularly in the region of Gandhara and Ghazni.

In coming decades and centuries especially after the end of the ancient phase and start of the middle when Afghan was part of Iran., while the rule of Islam, direct or indirect, imposed illegal taxes and punishments on Hindu and Buddhists, the non-Muslim regimes like, the Kabul Shahi, Ghaznavids and Hindu Shahi, paid them proper attention and behaved with them equally.

The Kabul Shahi dynasty ruled Kabul Valley and Gandhara from the decline of the Kushan dynasty in the third century to the ninth century AD. The Kabul Shahi dynasty were the Muslims, Turkic migrants to Afghanistan, and were succeeded by Hindu Shahi, who were Hindus. The Hindu Shahi is known to be the last Hindu king of Afghanistan and was famous for their war against the Ghaznavids in which they found support of Rajputs and Punjabi Hindus, but were finally defeated. The defeat of the Hindu Shahi in the war followed a minority phase for Hindu and Buddhist rule in Afghanistan. In the coming days, when Kabul was captured by Mughals, the Hindu population of Afghanistan remained on steep decline, although many of them found a place under the Mughals who declared Afghanistan the “Hindustan Bazar’.

In the modern era, the Hindu population of Afghanistan comprised of Punjabis and Sindhis who are believed to have come with Sikh merchants in the 19th century, and although they, initially were in good numbers, over the years due to superpower rivalry and national instability, most of them left the country as in today’s Afghanistan, their number is only 1000. Especially after the Russia intervention in the country in December 1979, and the USA extending support to the Mujahideen with arms and other equipment, made the general societal atmosphere of Afghanistan tense and it climaxed in the installation of the first Talibani rule in the country in 1996.

The Taliban, after coming to power began torturing Hindu community, which became victims of religious persecution and discrimination. It paved the way for Islamisation and Taliban insurgency which compelled the Hindu population of the country to move elsewhere and they either went back to India, or settled in Germany, France, the USA, Australia, Belgium, or the Netherlands.

According to an estimate about 99 percent of the Hindu population had left the country in the last five decades. While in the 1970s their number was estimated at around 80,000 , it dropped in 2009 to 3000, in the 2020 to only 50. After the fall of Kabul second time in the hands of the Taliban in August 2021, the Government of India evacuated many Sikhs and Hindus out of the country due to the Taliban’s forming the government for ruling Afghanistan in coming days and years.