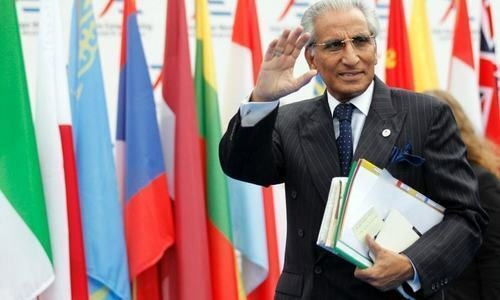 “The prime minister, in terms of rule 4 (6) of the Rules of Business, 1973 read with serial no. 1A of Schedule V-A of the said rules, has been pleased to appoint Syed Tariq Fatemi, as special assistant to the prime minister on foreign affairs, with immediate effect,” the notification issued by the Cabinet Division stated.

Fatemi had served in the same position during the previous PML-N government under Nawaz but was removed in 2017 for his alleged role in ‘Dawn leaks’ — a story published in Dawn that reported the details of a high-level civil-military meeting discussing the issue of banned outfits operating in Pakistan.

For his part, Fatemi had rejected the allegations levelled against him in a farewell letter and stated that the suggestions were hurtful to someone who had served Pakistan for nearly five decades.