Where are the metals needed for progress to come from? 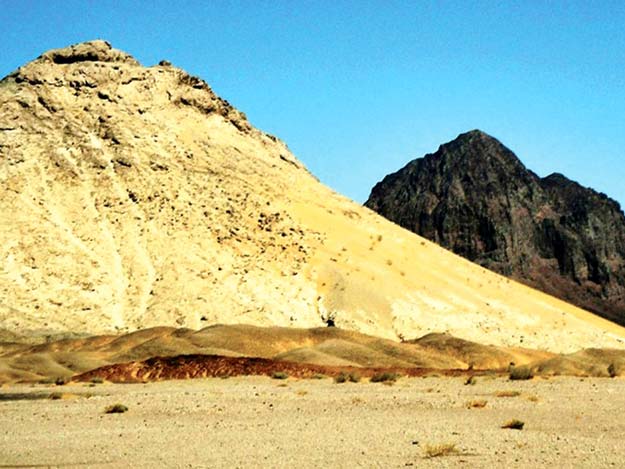 My professional innings as a metallurgical engineer started with the advent of the Pakistan Steel Mills (PSM) in the late 1970s. Zulfiqar Ali Bhutto (ZAB) was in a hurry to put the pieces together. After being exploited by the West for decades, the USSR (Russia) came to our rescue to build the facility at Zulfiqarabad (Port Qasim). A blast furnace was installed in which pig iron was produced based on imported iron ore and coal. The plan was to gradually replace the inputs by idigenous natural resources. The professional team of engineers worked hard to produce high-quality steel. At its peak production, the output of the facility was close to 3 MTPY (Million Tons per Year) against national demand of around 5 MTPY. Today the pride of the nation is shut down and the country is meeting its needs through imported steel. The local iron 6re deposits remain unutilized.

Pakistan also imports about 100,000 tons of copper every year while the same metal being mined at Saindak is sent to China where it is smelted and refined as a finished product to be sold in the open market. The Saindak Copper-Gold Project was launched in 1992 by Saindak Metals Limited (SML), a public-sector entity. It was my first project on my return to Pakistan. As a professional, I tried best to save the project in larger national interests but it fell on deaf ears. As there was very limited large-scale commercial mining experience in the country it was a combination of mismanagement, incompetence, corruption and greed.

For the last 20 years the ore has been crushed and ground and the valuable metals separated from the gangue through flotation, which is an established process. The concentrate is then shipped with all its valuables (copper. Gold, silver) to China. After my professional advice was overruled, I decided to document and publish my experience with the SML management. On July 21, 1997 I published a detailed account of the debacle titled; ” Need to Save Saindak Project “. Unforunately I could not save it and as predicted it was leased out to the Chinese contractor, MCC (Metallurgical Corporation of China).

As Chairman Pakistan Science Foundation (PSF- 2002 to 2005) and convenor of the Planning Commission Committee on Mining and Minerals, I focussed on developing the mineral sector of the country. With my professional experience in large scale commercial mining, I took upon myself the challenges faced in this area. The Thar Coal project was launched in 2004. It took 14 long years for me to touch the Black Gold which is now our Energy future. Currently 660 MW of power is being produced while about 4000 MW is in the pipeline. Currently I am involved in producing gas from this deposit.

Work was also started on the Kalabagh Iron Ore deposit by revisiting the Krupp Wrenn process. Testing was carried out at the PCSIR (Pakistan Council of Scientific and Industrial Research) Lahore centre where Metal Luppens (80 percent] iron were produced to be used in the electric arc furnace as input. After my term ended in 2005, I kept going in my individual professional capacity. While mining has started at Thar, the Kalabagh 6re is not being used.

It is time to formulate a ‘ Mineral and Mining Road Map ‘ for the country to reduce our import bill together with achieving self reliance in this vital area. A fresh start has to be made.

Then came Reko Diq, another copper-gold project in Balochistan. In the year 1993 a joint venture between BDA (Balochistan Development Authority) and BHP (Broken Hill Proprietary) a leading Australian Mining Company, called CHEJVA (Chagai Hills Exploration Joint Venture) was signed. In 1996 BHP applied for an exploration licence which was granted on the basis of 75/25% (BHP, BDA respectively). BHP then sold part of its stakes to Tethyan Copper Company (TCC) which consisted of Antofagasta Minerals (37.5 percent) and Barrick Gold (37.5 percent). Before the expiry of its exploration licence in 2011, TCC applied for a mining lease which was not granted. In 2010 Constitution Petition No. 68/2010 was filed in the Supreme Court of Pakistan (SCP).

Dr Samar Mubarakmand presented his expert opinion in which he claimed his involvement in several important mining projects of the country. The Supreme Court, under the restored Chief Justice, rejected all claims of TCC for the right to mine in the area. TCC then decided to approach ICSID (International Center for Settlement of Investment Disputes) which decided in its favour. The award was around $ 6.2 billion together with some other claims the total penalty for breach of contract came to around $ 11 billion.

As I knew all the players, on my own initiative I decided to meet them for a negotiated settlement. And interacted with the government’s legal team to guide them. Since 2011, I had been trying to reach an agreement by bringing all stakeholders to the negotiating table. In 2018, I travelled to Toronto to meet one of the investors. On my return, I was informed that a Saudi Mining Company has agreed to take over the project. A local consortium called National Resources Limited also got involved in the development of this resource.

Finally it has been reported that the dispute has been amicably settled on 50/50% basis with Barrick Gold and three state owned entities (SOE) namely OGDCL (Oil and Gas Development Corporation Limited), PPL (Pakistan Petroleum Ltd ), GHPL ( Government Holdings Pakistan Limited ). Alas there has been a sigh of relief, the threat of award is over but the future raod map remains fuzzy as before. It seems no lessons have been learnt from the sell out of Saindak deposit. The Copper import bill will continue. It seems to be a repeat of the earlier experience where the Chinese investors were allowed to ship the concentrate home for value addition leaving the tailings behind.

Several steps are involved in extracting Copper hidden under the soil at Reko Diq ( Mound of Sand in Balochi Langauage). First step is mining, followed by ore concentration, then smelting to produce impure metal which is then refined to produce a high-purity product (99.9 percent or higher).

A commercial entity enters into investment to generate wealth. According to TCC maximum value addition takes place with the first step of producing the concentrate which was then to be transferred through a pipeline (682 km) to Gwadar from where it was to be shipped for further processing by expert facilities not available within Pakistan.

There were two objections to the original contract, firstly it was poorly negotiated with clear signs of incompetence and corruption, secondly the 25 percent local share was also being sent overseas. Pakistan needed the finished metal for which downstream processing was required which TCC was unwilling to do. Under the present agreement, the share of Pakistan/Balochistan has been increased to 50 percent with Barrick Gold holding the rest, but again there is no road map to produce finished metal in which the country will have to import to meet its needs. The agreement was negotiated by the Attorney General with technical assistance of a German Consulting firm, as usual local expertise was overlooked. Legal issues were covered while the domestic copper requirements were ignored.

Without the involvement of local and expatriate experts the country will not move forward. Both China and India benefited from this available human resource while in the land of the pure it has been blatantly overlooked. Capitalism allows exploitation which has to be checked by neutral experts for the common public good. At the time of Saindak there was no large scale commercial mining experience in the country. With the launch of Thar Project now this expertise exists, the same team under the former team leader is already positioned to start mining at Reko Diq. Our natural mineral assets have to be protected and used to meet our national needs. Unfortunately we have not been able to exploit our potential in this vital area. While we continue to import steel and copper our deposits remain untapped. It is an example of ‘the blind leading the blind,’ which must end.

Some of the decisions of the ex-CJP and his selected experts have been disastrous for the country. While the Thar debacle is being investigated by NAB, the Reko Diq case should also be reviewed by the Supreme Judicial Council to avoid future hiccups inflicted by judicial activism. No nation can advance without the basic building blocks for which metals (ferrous, non-ferrous) play a dominant role. After Reko Diq comes on line, a steel mill can be set up based on the Chiniot iron ore deposit which is ready for exploitation.

A lot of homework as already been done by the Punjab Mineral Company. It is time to formulate a ‘ Mineral and Mining Road Map ‘ for the country to reduce our import bill together with achieving self reliance in this vital area. A fresh start has to be made.