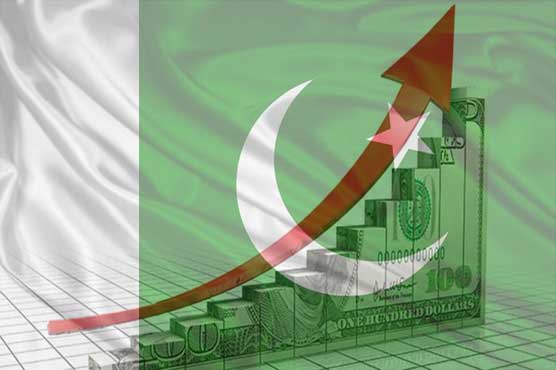 Pakistan’s economy created 5.5 million jobs during the past three years –on an average 1.84 million jobs a year, which is far higher than yearly average of creation of new jobs during the 2008-18 decade, reveals findings of Labour Force Survey (LFS) published by the Pakistan Bureau of Statistics (PBS).

However, the Sindh province remained an exception where unemployment rate significantly went down to just 3.9% in three years as the unemployment rate increased in all other three provinces –the highest one recorded at 8.8% in Khyber Pakhtunkhwa (K-P) during the last fiscal year, according to Labour Force Survey 2020-21.

The national unemployment rate stood at 6.3% at the end of the last fiscal year, which is better than the preceding year but higher than 5.8% recorded at the end of the PML-N tenure, according to the survey conducted by the Pakistan Bureau of Statistics. The Planning Ministry and the PBS have not yet officially released the survey.

The survey findings were endorsed on Wednesday by a technical committee, comprising official and independent experts, according to the officials of the Ministry of Planning and Development. The PBS covered 6,808 enumeration blocks and 99,904 households for the survey purposes.

The findings showed that the number of employed people increased to 67.3 million by June 2021 –up from 61.7 million at the end of the PML-N tenure.

However, the official unemployment rate that in June 2018 was 5.8% went up to 6.3% at the end of the third year of the PTI rule. The unemployment rate was the lowest in Sindh at 3.9% that is ruled by the Pakistan Peoples Party but it was highest in Khyber Pakhtunkhwa at 8.8%, followed by 6.8% in Punjab –the two provinces governed by the ruling party.

A key reason for an overall low unemployment rate of 6.3% was inclusion of contributing family workers in the definition of the employed people whose share in total employment was above one-fifth. The share of employers remained unchanged at 1.4% in three years. The employees also went down from 42.4% to 42% in three years but own-account workers’ share went up to 35.5%, according to the survey.

During 2018-23, on an average 1.84 million jobs a year were created –far better than the yearly average recorded during the Pakistan Muslim League Nawaz and the PPP governments, according to the survey’s findings.

The survey findings revealed that the sectoral contributions in job creation were uneven and the majority of the new jobs had been created in the industrial sector.

Prime Minister Imran Khan had promised to create 10 million jobs during his government tenure and the creation of 5.5 million jobs suggested that the economy might generate a total 9 million jobs by 2023 at the current rate.

All persons of 10 years of age and over who worked at least one hour during the last one week were treated as employed persons. However, the employed people’s definition of 10 year’s age was not consistent with Pakistan’s global commitments to end child labour. The definition needs to be revisited.

Over 31% of the country’s youth was unemployed by 2018-19, revealed a report on the employment situation released by the Pakistan Institute of Development Economics (PIDE).

The latest survey findings showed that the unemployment rate in fiscal year 2020-21 was 6.3% -higher than at the end of the PML-N government. But it was lower than 6.9% recorded in the preceding survey year, according to the survey.

In terms of sector, the share of agriculture sector in total employment went down from 38.5% from three years ago to 37.4%. But the share of the industrial sector increased from 23.7% to 25.4%. The services sector share in employment also decreased from nearly 38% to 37.2%.