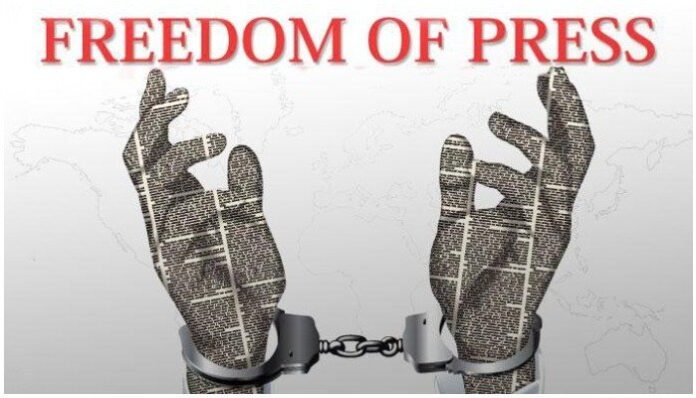 KARACHI – The Media Joint Action Committee (JAC) has taken a serious note of the false allegations made by the Prime Minister against media in his public address on Sunday.
Mr. Imran Khan alleged  that  media houses have been bought by political parties and some are also being funded from foreign sources. In a statement issued today, the JAC said that in effect, this amounts to accusing the media of corruption.
The statement said JAC challenges the Prime Minister to prove these scandalous allegations. Being in the Government, the premier has the resources to investigate and prove his allegations.

The Joint Action Committee asked the Prime Minister to understand that false and baseless statements about media houses will not serve any purpose.

“Media and journalists are performing their professional responsibilities guaranteed by the constitution,” the statement said and requested Mr. Imran Khan not to make such statements for political point scoring.

The joint statement further stated that if proof can not be provided for these allegations within a reasonable time, the JAC reserves its right to approach the judiciary for relief against these scandalous, false and defamatory allegations.