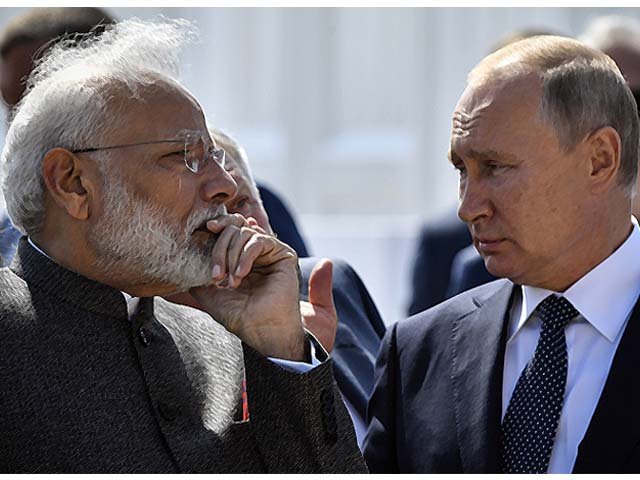 The US on Wednesday urged India not to proceed with plans to purchase discounted Russian crude oil, saying doing so would be seen as an act of supporting Moscow’s “leadership” as its military offensive in Ukraine continues.

The remarks come after an official in New Delhi was quoted as saying his country would be “happy” to take the offer, RT reported.

When asked about reports that India was about to accept Moscow’s offer to buy cheaper crude, White House press secretary Jen Psaki said nations should be cognisant of their role in history when they deal with Russia following its attack on Ukraine.

Psaki, however, noted the apparent deal would not come in conflict with the economic penalties of the West.

“Our message to any country continues to be, obviously, abide by the sanctions,” she said, adding “I don’t think this would be violating [the sanctions].”

“But think about where you want to stand when the history books are written at this moment in time,” she added.

The press secretary further said, “And support for the Russian leadership is support for an invasion that obviously is having a devastating impact.”

Earlier, Russia urged India to deepen its investments in the sanction-hit country’s oil and gas sector, and is keen on expanding the sales networks of Russian companies in Asia’s third-largest economy.

Russia’s economy faces its deepest crisis since the 1991 collapse of the Soviet Union, as the West imposes severe sanctions over Moscow’s invasion of Ukraine.

Some western allies have encouraged India to condemn Russia’s actions in Ukraine, after New Delhi abstained from voting against Moscow, a long-standing arms supplier, at the United Nations.