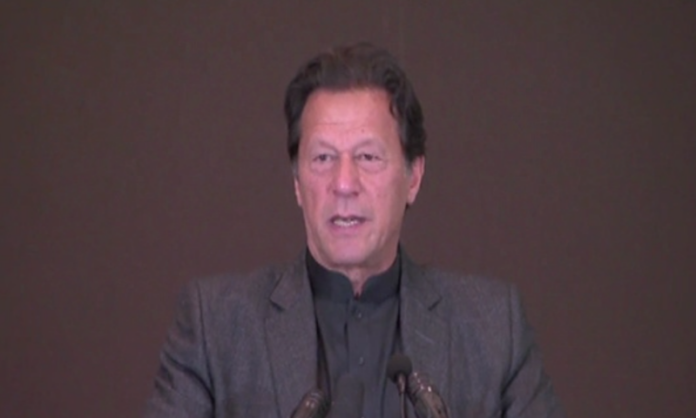 ISLAMABAD: Prime Minister Imran Khan on Thursday said to ensure human rights and socio-welfare norms, following the footsteps of Prophet Muhammad (PBUH) is the best way to achieve the goals.

Addressing a ceremony organised in Islamabad to mark the complete operationalisation of Rehmatul-lil-Aalameen Authority, the prime minister said a journey of transformation towards morality and ethics would help the nation emerge as a strong entity in the world, adding that one of the main reasons for establishing the authority is to guide the young generation about the teachings of Prophet Muhammad (PBUH) for real success in this world and hereafter.

He said the last address of Prophet Muhammad (PBUH) is the charter of human rights that focuses on the rights and responsibility towards each other.

He emphasised the importance of character-building of the new generation, adding that a morally strong society does not allow the powerful and elite to plunder the public money through corruption.

He mentioned that corruption leads to the downfall of a nation and regretted that the society has accepted the corrupt practices and failed to distinguish between right and wrong.

He said the cases of rape and child abuse are increasing in the country, while the families of victims are reluctant to report.

He stressed the need for the involvement of various segments of society to join hands against sex crimes by promoting the culture of ethics and morality.

He said the Rehmatul-lil-Aalameen Authority has been made functional, where the scholars would play their role in educating the society about the teachings of Prophet Muhammad (PBUH).

He expressed confidence that the scholars of the Council of Islamic Ideology and Islamic International University would immensely contribute to the authority with their positive intellectual input.

He mentioned that national health insurance card and Ehsaas programmes with shelter homes and soup kitchens are the best steps towards attaining the goal of a socio-welfare state.

The prime minister also lauded and appreciated the Rehmatul-lil-Aalameen Authority’s chairperson, Dr Anis Ahmad, on the occasion for preparing a complete roadmap that detailed the body’s short-term, medium-term and long-term steps to achieve these objectives.

He assured the chairperson of complete support from all relevant government departments, including the Prime Minister’s Office and education department, in the authority’s endeavours to implement the roadmap aimed at character building and the education of youth, protection of family system and promotion of interfaith harmony.