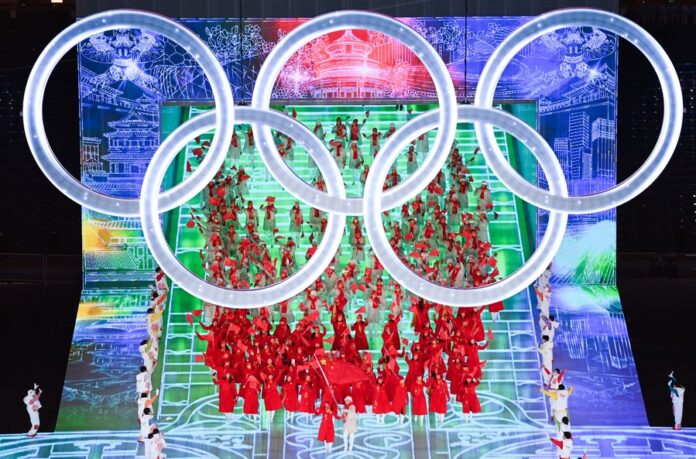 The Communist Party of China (CPC) Central Committee and China’s State Council have sent a congratulatory message to the Chinese delegation for its “best in history” performance at the Beijing 2022 Olympic Winter Games, scheduled to be concluded on Sunday.

The Chinese delegation won nine gold medals, four silver medals and two bronze medals at the Beijing Winter Olympics, setting new records in both the numbers of golds and medals (15) since the country began to compete in Winter Olympics in 1980. 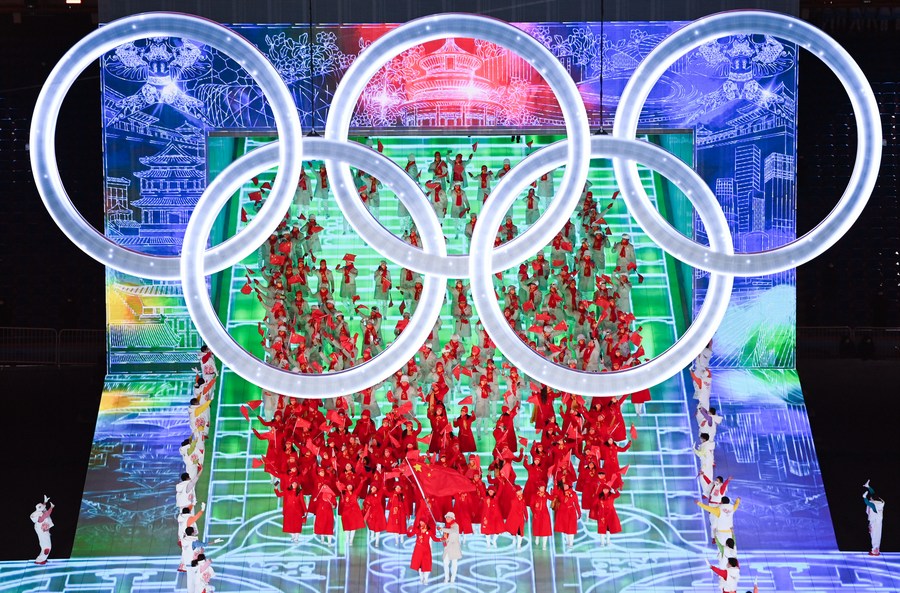 The Olympic delegation of the People’s Republic of China parades into the National Stadium during the opening ceremony of the Beijing 2022 Olympic Winter Games in Beijing, February 4, 2022. /Xinhua

The delegation was praised for earning glory for China and the people and making important contributions to the success of hosting Beijing 2022.

The nation and the people are “proud of your achievements,” the CPC Central Committee and the State Council said in the message, adding that the morale and competitiveness demonstrated by Chinese athletes in the new era has vividly interpreted the Olympic spirit and the Chinese sportsmanship.

The performance of the delegation has further promoted the development of winter sports in China and inspired and united people across the country, the CPC Central Committee and the State Council said.

The authorities called on the delegation to make greater contributions to build China into a leading sports nation and to the great rejuvenation of the Chinese nation.