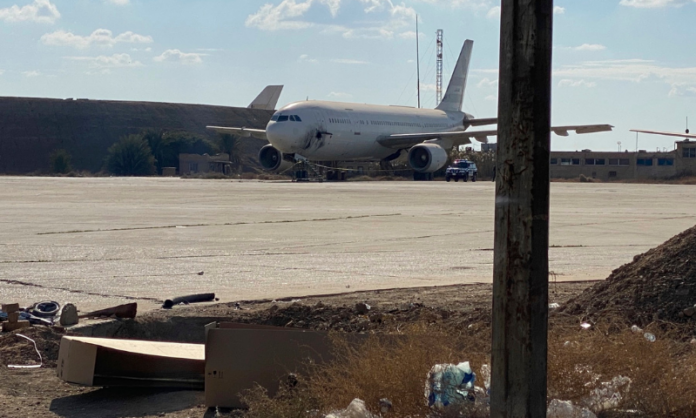 Iran’s foreign ministry on Saturday condemned a rocket attack against Baghdad airport that took place the previous day as an act that seeks to “destabilise” Iraq.

Six rockets were fired on Friday at the Iraqi capital’s airport, causing damage to one runway and two civilian planes but no casualties. It was the latest in a string of attacks that the US blames on Iran-linked armed groups.

The attack was not immediately claimed.

Iran condemns “the targeting of Baghdad airport” in an attack that aims to “destabilise” Iraq, foreign ministry spokesman Saeed Khatibzadeh said in a statement.

“Such suspicious actions have created insecurity and unrest in Iraq, paving the way for the ill-wishers and the insurgents, and affecting the government’s services to the Iraqi citizens,” he added.

The rockets fell around civil installations at the airport, damaging an out-of-service Boeing 767 belonging to state-owned Iraqi Airways.

The attack prompted Kuwait Airways to suspend its flights to Iraq, the airline said on Twitter.

Recent months have seen rocket and drone attacks target the United States embassy in Baghdad’s high-security Green Zone, a US diplomatic facility at the airport and troops belonging to a US-led coalition stationed at Iraqi bases.

Such attacks mounted after the US assassinated the commander of the Quds Force of the Iranian Revolutionary Guards, Major General Qassem Soleimani, and his Iraqi lieutenant Abu Mahdi al-Muhandis, in a January 2020 drone strike near Baghdad airport.

The attacks are rarely claimed but they are routinely pinned on pro-Iran factions, who demand that US troops deployed to help Iraqi forces fight the militant Islamic State group leave the country.

The US-led coalition ended its combat mission in Iraq in December, but has kept roughly 3,500 of its soldiers in the country to offer training, advice and assistance to national forces.

Recent rocket attacks in Iraq have also come amid a tense domestic political situation there.

Violence has lately targeted Iraqi politicians and parties, mainly consisting of grenade attacks, but also extending to one rocket assault near the home of a key politician, amid tensions surrounding the formation of a new government.

An election in October saw the Fatah (Conquest) Alliance, the political wing of pro-Iran ex-paramilitary coalition Hashed al-Shaabi, lose most of its seats. It alleged the polls were rigged.

“The Islamic Republic of Iran has always supported the establishment and maintenance of security in Iraq… and supports the actions of the Iraqi government in ensuring stability,” Khatibzadeh added.