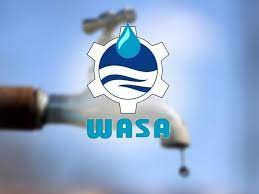 The allegedly inappropriate social media comments of Water and Sanitation Agency’s managing director Zahid Hussain Khemtio about the Hyderabad’s business community , a political party and the agency’s consumers have sparked criticism and elicited an explanation notice.

According to the details of the incident, Khemtio can be seen standing upright on his mini truck’s pickup bed with his both arms stretching to 180 degrees in a photo captioned as  “The whole city of Hyderabad is a tax defaulter but want facilities of Paris, not Hyderabad.”

Additionally, in a subsequent comment on the same post, which he deleted or edited later, he defined Muttahida Qaumi Movement-Pakistan as a terrorist party. Khemtio also alleged that an MPA of that party, referring to MPA Nasir Qureshi, is threatening him. He also euphemistically asked the MQM-P to reveal what happened to the federal schemes they had secured for Hyderabad, pointing out that no development resulting from those schemes is visible in the city.

“Your posts on Facebook and replies on comments contained highly objectionable, rather unethical and irresponsible remarks against representatives of a political party and labour leaders of WASA and HAD,” Jamali observed in his letter dated January 21. “You also have used offensive language for consumers and officers of WASA.”

He said the said posts were widely shared on Whatsapp and other social media platforms and reported in the press. He noticed Khemtio’s comments in which he blamed the entire city for not paying the utility bills.

“As per the social and print media texts, you also passed belligerent and hostile remarks for the honourable members of a political party and the business community of Hyderabad,” This is embarrassing, and it is giving a bad name to the department,” he noted.

“I apologize to MQM-P’s MNAs, Mohajir people and Urdu speaking community’s brethren. Some inappropriate words were associated with me,” he stated.