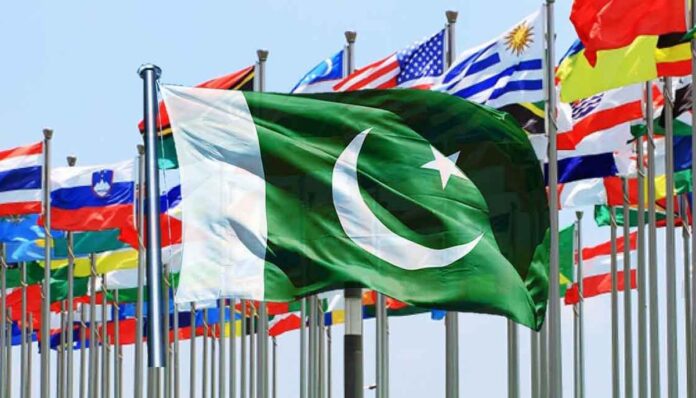 “When we least expect it, life sets us a challenge to test our courage and willingness to change. At such a moment, there is no point in pretending that nothing has happened, or in saying that we are not yet ready. The challenge will not wait. Life does not look back.”

The history of Pakistan is replete with expected and unexpected challenges which have mostly been self-propelled, emanating from excessive selfishness of its succeeding leaderships. Even when one casts a cursory glance at the sequence of such challenges, one would be struck by their sheer monotony and frequency as also the fact that these were never tackled in a timely and pragmatic manner by trying to eliminate their causes. It was as if the dominating urge was to always push them under the rug and be removed from the work roster.

All this while, these outstanding challenges were feeding into cultivating beneficiary mafias which kept becoming more powerful as the pile of problems mounted further. They were the ones making profit out of the consequent situation. Instead of the state addressing these challenges to alleviate the sufferings of the impoverished people and provide them the much-needed relief, the lust of these marauding mafias kept increasing as they colluded with corrupt and heartless rulers to raise their empires of profit.

Pakistan is rising. Pakistan is growing. The challenges are being successfully addressed. With key landmarks achieved, new paths are being chartered. The country moves on. What remains is the daunting task of implementing an ambitious reform agenda for inducting equity, equality and transparency in the functioning of the state institutions for ensuring betterment of people across all divides.

With time, this collusion became the overarching umbrella to not only provide protection to these wicked mafias, but ensure their continued growth and expansion at the expense of the state. Having accumulated power and influence, and forfeiting all pretence, the rulers moved on to assume the leadership of these mafias, thus incessantly nibbling away at the emaciated frame of the state and denuding people of their rights. The country was virtually taken over by this mafia conglomerate. With increasing and blatant support and rank patronage of the ruling elite, their grip kept tightening and their lust increasing.

Over the years, two mafia dons emerged which controlled the operation within this criminal world: the Sharifs and the Bhutto/Zardaris. To perpetuate and prolong their hold on the levers of power, they planted a network of criminals, right across the institutional expanse of the state, which pandered to their whims and fancies by becoming beneficiaries of an ever-expanding empire of crime and corruption. There were the legislators devoted solely to stuffing their coffers, a decrepit and compromised bureaucracy which obliged the mafia dons skinning their own profits in the bargain, and an arrogant judiciary which literally split the institution of justice in two distinct sections: one catering to the rich and the powerful and the other to the poor and the marginalised communities. The nature of justice provided to the two would be commensurate with the benefits that the judiciary and its stalwarts would accrue in the matter from either.

On top of it was the media which, both as a state-run outfit and private sector groups, helped the mafias by projecting their grievous misdeeds and financial crimes as exemplary achievements. So, for these dons and their network of mafias, the state was virtually reduced to being a hostage in their sinister grip to promote the culture of crime and corruption. They thought they had it all done to enable their family fiefdoms to keep taking turns for denuding the state to perpetuity.

In the meanwhile, the nature, expanse and bite of the challenges kept becoming more daunting. That impacted all governance echelons, thus seriously jeopardising the growth of the state, at times its survival. It was such a huge pile of existential issues that one was scared of where to start the remedial process, and whether, given the host of mafias operating with their tentacles deeply dug in, one was even possible at all.

The induction of Imran Khan as Prime Minister coincided with the state having been reduced to an all-encompassing and unprecedented low, in performance and promise. But, as expected, the dons and their mafia syndicates immediately swung into action to question the legitimacy of the government with a litany of lies and abuse. It was now that their citadel of crime and corruption, which they had built by practising deceit and cunning over years, faced a tangible threat. They set out to address it in ways both malevolent and devious.

They thought that they would be able to handle the challenge through their plants at every key position in the state institutions, most notably the bureaucracy. Trucks of cash were offloaded to buy the loyalties of those about whom doubts lingered. Special attention was paid to the media and its operators because they were the ones who would market the fallacious narrative of the opposition to create an anarchic situation and facilitate their passage back into the annals of power.

What they did not realise was that they were confronted with a person who had a reservoir of indomitable courage and insurmountable conviction. He was determined to put things right irrespective of the nature and immensity of the challenges that he faced. After some initial tremors, Prime Minister Khan has been gradually able to steer the ship out of turbulent waters and put it on course to the coveted destination: an economically stable, caring, beneficent, progressive and prosperous Pakistan.

In spite of the impact of the covid-19 pandemic which has put countries back by years, Pakistan has been cruising as is reflected in the latest growth figures made public. The GDP growth rate for the financial year 2021 has been revised to 5.37 percent (up from 3.94 percent) and the size of the economy rose to $346 billion from the previous $296 billion. On account of the agricultural transformation plan, the sector grew at 8.3 percent while the industrial sector grew by 11.95 percent and the services sector by 12.5 percent. Per capita income in dollar terms increased from previous $1,543 to $1,666. Fiscal deficit reduced to 6.1 percent while debt to GDP to 7.3 percent. Then there is the health card and the ever-expanding welfare programmes under the Ehsaas banner which focus on providing relief and opportunities to the most deserving communities in the country.

The government’s performance has been recognised at the international level by institutions like the World Bank, Bloomberg and The Economist. In its latest normalcy index, The Economist has listed Pakistan at number 2 where “commercial, recreational and traffic activities have gone back to normal”, thus reflecting effective management of covid-19 by far. And most importantly, in spite of the challenges, there is growing hope in the health of the economy which is projected to gradually wade out of troubled waters.

This is neither the performance of an inefficient government nor that of one without a clear vision for progress and growth. By the dint of sheer courage, commitment and resolve, a host of impediments, both natural and the ones created by an opposition desperate to see the back of the government, have been overcome. Their frustration will grow further with time as will the government’s confidence and determination to keep pushing Pakistan up on the curve of progress and development to bring relief to its people, most importantly to the impoverished and marginalised communities.

Because of pursuing an independent foreign policy dedicated to restore Pakistan’s sovereignty and stature, there are challenges in the international arena also. We have faced them with courage and perseverance making sure that national interests would not be compromised under any circumstances. Our relations with China remain on an upward trajectory while our relations with Russia are fast improving. We remain desirous of expanding our historical relations with the USA. We are further cementing our relations with the European Union and the UK. Special focus is also placed on improving our relations with the African countries. Things in Afghanistan seem to be settling down gradually bringing peace to our western border. There are certain nibbling issues which need to be settled particularly with regard to the continued presence of the TTP in Afghanistan. Efforts are afoot to tackle this in the best security interests of Pakistan.

We have come far, yet there are miles to go. The chapter of comprehensive systemic reform is pending owing to the lack of numbers in Parliament. Necessary amendments in the statute book need to be incorporated to make the system more functional and transparent. The government has requested the opposition to support it in the key effort for implementing the desired reform which will be to the benefit of all. The initial response, as expected, has been in the negative which is exceedingly disconcerting. The opposition appears reluctant to concede the advantage to the government even in matters which are of national importance. Petty and jaundiced politics come in the way.

Pakistan is rising. Pakistan is growing. The challenges are being successfully addressed. With key landmarks achieved, new paths are being chartered. The country moves on. What remains is the daunting task of implementing an ambitious reform agenda for inducting equity, equality and transparency in the functioning of the state institutions for ensuring betterment of people across all divides.