The Pakistan Maritime Security Agency has a key role to play 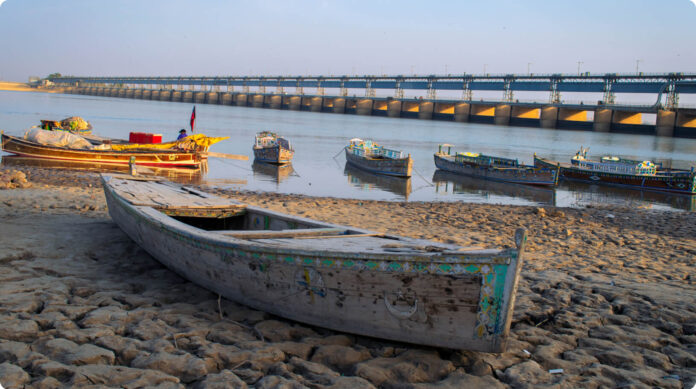 Pakistan Maritime Security Agency (PMSA) hosted the annual BARRACUDA exercise in the North Arabian Sea. A total of 27 participants from 17 friendly countries were part of these drills. Other stakeholders such as the Ministry of Climate Change, Oil marketing companies, Pakistan Navy, Army, and Air Force, Port Authorities, and Institute of Oceanography were also part of these exercises. The basic objective of this drill was to effectively respond to oil spillage and search and rescue situations with other friendly nations. PMSA has been hosting BARRACUDA since 2007 annually to combat the threat of marine pollution.

Historically countries with coast belts thrived more than others because they had ports to host cargo ships. These cargo ships boosted trade activities and as a ripple effect acted as a catalyst for their economic well-being. Countries with no access to the sea were dependent on them. Even today, the ocean economy constitutes a large percentage of the overall GDP for many countries. For example in the USA, counties adjacent to the coast share around 40 percent of the national GDP. Internationally, oceans contribute nearly $1.5 trillion to the world’s economy. Since sea routes can handle a greater influx of trade than other means, they carry 90 percent of international trade.

The role of PMSA has now become more important than before due to the development activities on the coastal belt of Pakistan. The PSMA’s professionalism is truly a matter of pride for the country

However, these coastlines could face serious maritime pollution hazards among other security issues. Therefore some laws govern these waters. For that purpose, the United Nations Convention on the Law of the Sea (UNCLOS) was signed in 1982, coming into force on 14 November 1994.

According to UNCLOS, a coastal nation has the right to implement its laws on a coastal belt up to 12 nautical miles (NM)  from its baseline which is called a Territorial sea. Then there is a belt 24 NM from the baseline called a Contiguous Zone, where a country could exert limited control. The area from the baseline up to 200 NM is called an Exclusive Economic Zone (EEZ), which is where the coastal nation has control over the economic resources including oil and gas exploration and fishing. An area extending further than 200 NM is known as the Continental Shelf. A country based on scientific facts can file an extension in its Continental Shelf. This lets the coastal nation explore resources on or under its continental shelf.

After becoming part of UNCLOS, the Government of Pakistan acquired 240,000 Sq. Km of its coastal belt and formed the Pakistan Maritime Security Agency (PMSA) in 1987. Parliament passed the PMSA act in 1994 that empowered it with necessary legal powers to implement maritime laws. The PSMA’s basic purpose is to implement national and international maritime laws, respond to events such as oil spillage, deep-sea search and rescue, prevent unauthorized exploitation of economic resources, fight against human trafficking, and sea pirates within the Exclusive Economic Zone (EEZ), and so on. Pakistan filed for an extension in the limits of its Continental Shelf and in 2015 it was further extended to 50,000 sq. km, upto 350 NM.

However, it also adds to the responsibilities of the government to ensure the implementation of maritime laws. The PMSA is thus responsible for an area almost a third of the country’s total area. It has also been given responsibility by the International Maritime Organization (IMO) for search and rescue operations up to 840 NM from its coastline.

To maintain law and order in such a wide area, PMSA required area support apart from patrol boats and auxiliary ships. Therefore, in June 1988, the first maritime surveillance squadron was inaugurated with F-27, and later on, Britten Norman-Defender aircraft were inducted.

Apart from these activities PMSA also plays a vital role in Pakistan’s blue economy. In particular, for most of the population living in the coastal areas, the only source of income is fisheries. Unfortunately, it has an annual yield of 600,000 metric tons and contributes a nominal percentage to GDP.

This means the coastal belt is under-utilized but has a huge potential. Thousands of fishing boats operate in EEZ but due to a lack of knowledge, they are prone to accidents in rough waters, natural hazards, or technical faults. For that, PMSA uses a satellite-based Vessel Monitoring System to monitor deep-sea fishing vessels in real time.