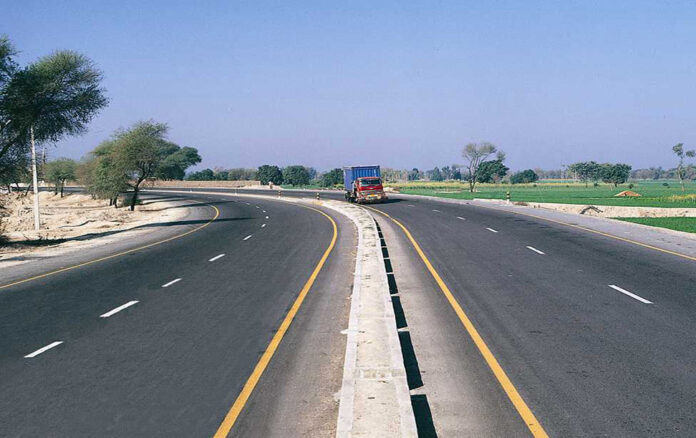 ISLAMABAD: The completion of Hakla-DI Khan Motorway has proved a milestone achievement on the Western Route of the China Pakistan Economic Corridor (CPEC) for providing fast connectivity to the locals as well as paving the way for preparing the shortest route for logistics moving to and from the Chinese province of Xinjiang to Gwadar Port.

Soon after taking the charge, the incumbent government had pledged to complete the Western Route on priority besides taking the CPEC projects forward by speeding up the pace of work in other areas including industries, clean energy, and agriculture.

The government is also keen to complete other road projects on the western alignment, especially D I Khan-Zhob and Zhob-Quetta roads to minimize the travel time from the federal capital to Quetta.

Muhammad Saleem, a D I Khan resident, currently living in Islamabad said, “The motorway had proved to be a source of big relief for me as I had to spent long and hard time of eight hours to reach my home on the old road that was in dilapidated condition.” However, he said now after the inauguration of Hakla-D I Khan Motorway, the travel time has been reduced to less than four hours.

According to sources in CPEC Authority, the initial cost estimation of the project that was commenced in 2016 by the PML-N government was around Rs110 billion but later on the project (a major portion was completed during current government) was completed at a cost of Rs81 billion.

The Hakla-D I Khan Motorway was constructed in five packages. The first package is from Yarak (D I Khan) to Rehmani Khel comprising 54.6 km. The 71.2 km second package starts from Rehmani Khel to Kot Belian while the third starts from Kot Belian to Tarap and its length is 52.5 km.

The fourth package is of 51.2 km from Tarap to Pindi Gheb while the 63 km last package is from Pindi Gheb to Hakla. The project starts from Hakla on M-1 and passes through Qutbal, Fatehjang, Pindigheb, Tarap, Sikandarabad, Daud Khel, Mianwali, crossing River Indus, Isa Kheil, Kundal, Abdulkhel, Paniyala and ends at N-55 (Indus Highway) near Yarak.

The road would further connect with Sagu on N-50 as part of the CPEC Western Route and from Sagu onwards the road would be built up-to Zhob and ultimately to Quetta.

The D I Khan city is located at a junction of N-50, N-55 and Waziristan area, therefore, the 292.5 km new CPEC Motorway facility would prove to be a new hub of business for the North Punjab, Southern Khyber Pakhtunkhwa, Balochistan and Afghanistan.

The surrounding areas of this motorway comprise of landscapes and farms producing vegetables, pulses, grains and fruits, especially the high quality mangoes and dates. The motorway would help opening up the fertile hidden areas of North Punjab and South KP to all kinds of trade and access to other areas of the country.

The new motorway would improve the socioeconomic conditions of the people living along the road. The sources in CPEC Authority said that there were five other high priority road projects on the Western alignment of CPEC.

As per detail, on the CPEC Western Route, the completed projects include the 297 km Hakla-D I Khan Motorway, the 235 km Qutta-Sohrab road, the 449 km Surab-Hoshab road, and the 193 km Hoshab-Gwadar road.

Similarly, the under construction projects on the CPEC Western Route include the 305 kms Zhob-Quetta road, the 110 km Basima-Khuzdar road, the Nokundi-Mashkel road and the 146 km Hoshab-Awaran road.

The projects on the Western Route that are in the pipeline include the 360 kms Peshawar-D I Khan motorway, the 460 kms Karachi-Quetta-Chaman road, the 200 kms Mashkhel-Panjgur road, the 163 kms Awaran-Khuzdar road, the 228 kms Panjgur-Awaran road, and the 136 kms Awaran-Jhal Jao-Bela road.

Work on the 210 kilometer D.I. Khan (Yarik)-Zhob Road (N-50) and Zhob-Quetta (N-50) roads have already been completed while work on the 431 km Khuzdar-Quetta-Chaman Section of N-25 is also in progress. The Surab-Hoshab at N-85 and Gwadar-Turbat-Hoshab (M-8) are already operational.

Similarly, the sources said that work on the 106 km Basima-Khuzdar road, Quetta to Khuzdar road and Khuzdar to Awaran and Hoshab road has also been started and would complete soon. The sources added that the work on the western alignment routes of CPEC would be completed within three years.

All routes of the western alignment go through remote areas where poverty rate is higher, jobs are less and industrial development and infrastructure is very low, thus completion of these projects will usher in prosperity of the areas.

The Authority sources said the country was entering into second phase of CPEC as it was moving beyond infrastructure to focus on agriculture, particularly economic zones to boost industrialization. More sectors such as science, technology, information technology and agriculture sectors have also been included in the mega project of CPEC, it added.