The Dilemma of Democracy in Pakistan

The basic prerequisite is education 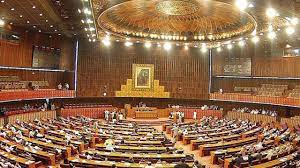 Democracy has proven the best form of government, prevailing in the developed nations, whose smooth functioning is conditioned on certain factors. Its two-prong approach of direct elections and representative government makes it viable developing nations, as well. It’s a tried and tested governing system, ensuring the political participation of all stakeholders regardless of literacy status, socio-economic know-how, and level of political consciousness. People exercise their right of electing a leader of their choice through a transparent election process. A government constituted by the people’s choice not only comes up with solutions for public issues, but also elevates a country’s trajectory in the political, economic, and foreign affairs realm.

Rousseau in The Social Contract advocated a direct democracy, where the ultimate source of sovereign power is the people, who have a right to elect a legitimate government for the execution of laws. And if it fails to deliver, it can be ousted and replaced. Later, through Second Treatise another political philosopher, Locke, supplemented Rousseau’s views. These fundamental views laid down the foundation of democracy for scholars, and state leaders, who advocated for the adoption of this governing system to run a country. Most notably, US ex-President Abraham Lincoln defined democracy as “it is the government of the people, by the people, for the people” and further believed that “ballot is stronger than the bullet.” Because it equips an individual with a fundamental right to vote through which one can exercise his or her freedom and can make a difference by electing a government of his or her choice.

Allama Iqbal endorsed democracy as equipping an individual with ultimate freedom and further ensuring a conducive environment to grow according to their capabilities. Paradoxically, he was also a strong critic of western democracy. Because of its quantitative approach, it overlooks important differences such as mental calibre, educational background, and other aspects of an individual which he necessitated for perfect democracy.

Around the globe, western democracies have educated their people to raise socio-political awareness and empowered them to choose the best leadership for governing a country. Education plays an integral part in strengthening democracy because it enlightens citizens about their constitutional rights, frees them from mental poverty, and enhances the ability to differentiate between right and wrong. Pakistan has recorded the lowest literacy rate in 2021, which translates into 60 million people in Pakistan having no education. Lack of educational institutions in underprivileged provinces such as Baluchistan, and the Waziristan area saw a sharp rise of militancy, eventually posing threats to Pakistan national security, as in the APS Peshawar attack. Despite the commitment under Article 25-A to provide free education until 16, over half the population remains uneducated. Until  the masses are educated, a true democracy cannot be established.

Unfortunately, feudal culture has tainted the country’s history. In pursuit of personal gains and thirst for political power, feudals joined politics to grow their unchecked influence on underprivileged residents, who mainly consisted of poor peasants and their families living and working on their lands. They were prone to physical and mental abuse and had no autonomy to exercise their constitutional freedom, including the right to vote. Despite land reforms in 1959 to break the massive land holdings into smaller ones among poor peasants. And small farmers were a step to shatter the feudal mindset, and politically strengthen underprivileged landless peasants in Pakistan. However, later in the 1980s, under military rule, the land reforms were declared repugnant to Islam. Since then, political clout has been enjoyed by landlords, who easily sweep elections, owing to a plethora of votes cast by their peasants, workers, and others under their influence.

The Quaid-e-Azam wanted to hoist a flag of democracy in the country. Sadly,his untimely demise within a year of independence left the country in shambles and chaos. Despite a tumultuous journey, the Constituent Assembly managed to give Pakistan its first constitution in 1956. It provided a constitutional commitment of a parliamentary form of government, and its most important feature was the separation of powers. It ensured conflict-free functioning of the provincial and federal institutions, which was an initial step towards sustainable democracy. Owing to a series of political events that caused instability, institutional mismanagement was evident, economic crisis, and external threats were sufficient reasons to pave the way for the first coup in 1958.

In between infamous military rules, democratic regimes, though inconsistent, continued their effort to bring the country on a democratic track by providing it with another constitution in 1962 based on the presidential model. However, that was abrogated too in 1969. Pakistan’s history is tainted by dictatorial rules, massive corruption, and leaders’ myopic attitude towards national interest, and strengthening state institutions was never on their agenda. In 1973, Pakistan got its last constitution that is still in force with a few major amendments. It was suspended in 1977 til 1985, and later in 1999 until 2003, when the country was handed back to a democratic regime through transparent elections. Throughout the tumultuous journey of being under totalitarian regimes. Pakistan was run in absence of legislatures for years, thus without any effective policy formulation needed in the crucial years of the country.

Since 2008, every single general election has been a point of contention between the winning political party and its opposition, followed by long marches, creating a law and order situation, and slurring against the military establishment for involvement in compromising the transparency of elections. This has become a norm. After being expelled from the country’s political scene, the establishment tried to manipulate election results to achieve favourable outcomes that could strengthen its hold on the country.

A country with a strong judiciary maintains rule of law, ensures freedom of speech, and deters any unconstitutional activities by other state institutions. However, Pakistan’s apex court platforms were used by military rulers to justify their tenure and unconstitutional activities. During Pakistan’s last military rule, the NRO was introduced to write off debts, and cancel criminal and political charges against politicians in exile. The ordinance was annulled by ex-chief justice of the Supreme Court, who was unconstitutionally ousted from his office but later his successor ratified the Ordinance. This gross violation of the Constitution by the judiciary proved detrimental.

Pakistan has struggled hard since its earlier days to achieve political stability to withstand internal and external threats. However, it’s still a long way to go for a country marred by massive corruption, misgovernance issues, unending political warring, and civil-military rifts until the country’s leadership comes forward to work towards a common goal of achieving a viable democracy. However, the situation is not so gloomy. There is always a way to move forward to achieve goals for the betterment of a country and its forthcoming generations

In Pakistan, the civil institutions are scapegoated for misgovernance issues and poor institutional management. Hence, the public has begun losing trust in the state institutions which, if unaddressed, creates a democratic crisis. Courts are already struggling to clear the  huge backlog of cases. Their failure to dispense timely justice, owing to political interference in judicial proceedings as witnessed by granting bails and acquitting senior members of the political mafia. From time immemorial, the judiciary has held a strong foothold in societies, committed to rule of law. However, Pakistan’s judicial history is tainted with political appointments of senior judges in the apex court, and in return, favorable verdicts are rendered.

Democracy Index’s global ranking in 2020, landed Pakistan at 105th position among165 independent nations, and it remained classed a “Hybrid Regime”, out of the four types of regimes: “full democracy”, “flawed democracy”, “hybrid regime” or “authoritarian regime.” Countries falling in the hybrid category are those where transparent elections reportedly have substantial irregularities, like us. Oppressed civil society, a feature of Third World countries, is coerced not to speak against state-sponsored violence.

In Pakistan, the establishment makes repeated attempts to knock down members of civil society, who raise the issue of enforced disappearances across the country. Media in the modern world plays an important role in creating public awareness and educating the masses about issues faced by a country, is subjected to censorship in Pakistan through stringent laws, which has become a norm for the government to clamp down on dissenting voices. Other factors of the hybrid regime, include misgovernance, including unchecked corruption and massive looting in government institutions is the key factor why our institutions haven’t surpassed the developmental stage to achieve sustainability.

For Pakistan to become a sustainable democracy, there are several steps for it. The prevalence of education should be the government’s foremost priority to help elevate thevoters’ mental stature and raise their political consciousness. To break feudal-based political clout, there is a dire need to reinstate land reforms. Frequent, free, and transparent elections are mandatory to hand over power to those who can efficiently and smoothly run a country.

Also, political participation of all stakeholders, and creating an environment of inclusiveness, is required. This promotes a sense of participation among the minorities, religious and inclusion of marginalized groups often ignored in the country’s decision-making process. Military and civil institutions should have a good working relationship based on cooperation and harmony, and most importantly the concept of separation of power must be understood and implemented.

Institution building is yet another feature of a viable democracy in developed nations, ensuring a corruption-free society by checks and balances, and formulating robust policies in favour of rule of law to remove key impediments causing governance crisis.

Pakistan has struggled hard since its earlier days to achieve political stability to withstand internal and external threats. However, it’s still a long way to go for a country marred by massive corruption, misgovernance issues, unending political warring, and civil-military rifts until the country’s leadership comes forward to work towards a common goal of achieving a viable democracy. However, the situation is not so gloomy. There is always a way to move forward to achieve goals for the betterment of a country and its forthcoming generations.