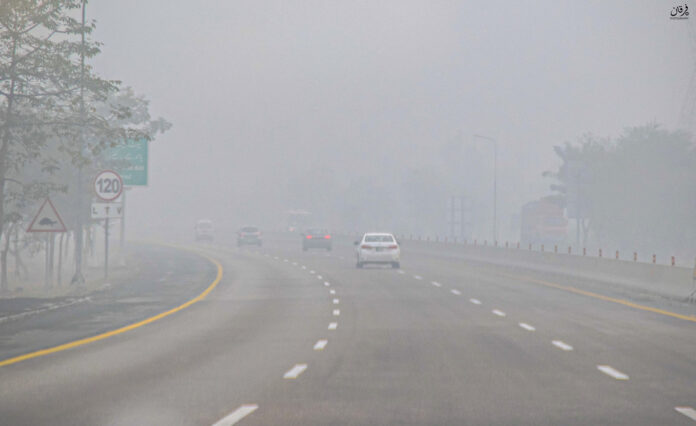 Motorways M2 from Lahore to Pindi Bhattian, M3 from Faizpur Lahore to Darkhana, and M11 from Lahore to Sialkot were closed for traffic. Meanwhile, multiple national flights at Lahore’s Allama Iqbal International Airport were delayed.

With visibility described by officials as “very, very poor”, the plain areas of Punjab were the worst hit.

Four students died and eight children were injured after a trailer crashed into a rickshaw near Bahawalpur’s Kalanch Wala. According to the motorway police, the accident took place after visibility dropped to 50 meters.

Some residents of rural Punjab said the fog was so bad, it was hardly possible to look at someone standing at a distance of two feet. The motorway police have advised drivers to turn on fog lights and drive at a very slow speed.

The Met Office has, on the other hand, forecast another spell of rain and thunderstorms in Rawalpindi, Islamabad, Lahore, Gujrat, Narowal, Nowshera, Peshawar, Bajaur, Waziristan, Kohistan, Mansehra, Abbottabad, Swabi, and Mardan.