Nawaz isn’t ready to be part of any deal, movement: Sanaullah 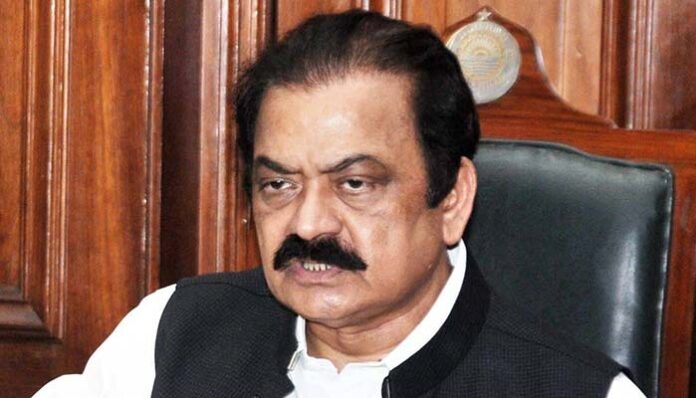 LAHORE: PML-N leader Rana Sanaullah has said that former prime minister Nawaz Sharif is not ready to be a part of any deal or movement or to enter into such discussions.

A day earlier, Inter-Services Public Relations (ISPR) Director General Maj Gen Babar Iftikhar had categorically rejected the impression that there is “a deal” in the works with PML-N supremo Nawaz.

“I second the DG ISPR’s statement and also believe in it… We are not a part of any dialogue regarding any deal with any institution or the establishment,” Rana Sanaullah said during a press conference in Lahore.

Sanaullah said Nawaz has instructed the party to build a narrative that every institution should operate within the parameters of the Constitution of Pakistan.

“Shehbaz Sharif has never been, and neither will he ever be ready to become a part of any deal,” he said.

The veteran politician said once some “obstacles” are removed, Nawaz could become the prime minister for a fourth time. He added that Nawaz has always been the premier for PML-N.

He said Nawaz would return to the country anytime as per his wish, adding that the party has advised him to first undergo complete medical treatment before flying back.