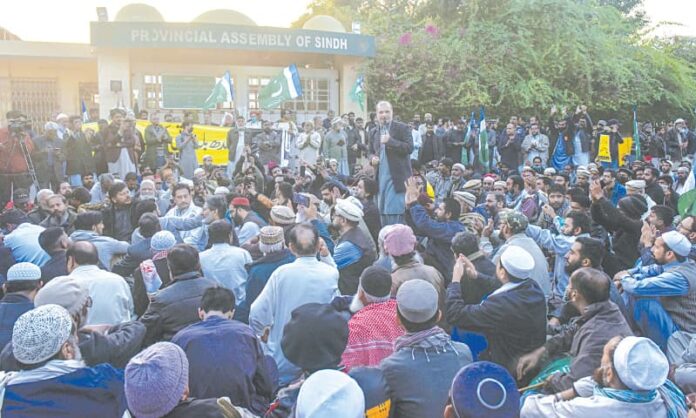 Jamaat-e-Islami (JI) has challenged the Local Government (Amendment) Bill 2021 in the High Court which was passed in the Sindh Assembly last month despite the protest from the Opposition.

JI Amir from Karachi Hafiz Naeem-ur-Rehman, while challenging the bill, stated that the bill was “illegal and in violation of Article 140A of the Constitution.”

Rehman has requested the court to stop the Sindh government from implementing the new Local Government Bill.

The petition contends that “despite majority votes, legislation contrary to the Constitution cannot be enacted.”

It is pertinent to note that that JI has been staging a protest outside the Sindh Assembly for the last four days against the local government system where a large number of participants, including children and elders, are also present.