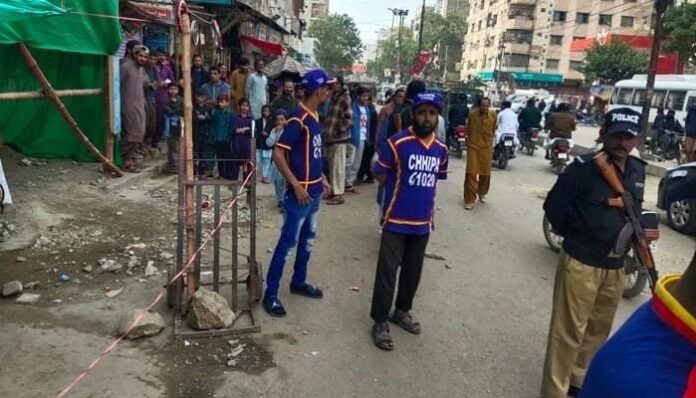 Two people, including a Sindh Police assistant sub-inspector (ASI) were gunned down when unknown armed men on motorcycles opened fire on them in Karachi’s Soldier Bazaar today.

As per the details, the victims, identified as Javed Baloch, and Mohammad Muqaddas, were travelling on a motorcycle when four suspects on two motorcycles followed them and opened fire on the victims.

According to police sources, the slain Javed Baloch was an assistant sub-inspector of Sindh Police.

As per the initial police inquiry, a 9mm pistol was used in the event, and 13 pieces of 9mm pistol ammunition were collected from the scene.

The early investigation, according to the SSP East, suggests that the incident took place due to personal enmity and did not take place due to resistance to robbery.

KARACHI: Sindh has reported 938 coronavirus cases over the past 24 hours, the highest single-day tally since September 16, 2021, when the province had...
Read more
HEADLINES

A Karachi-based bakery chain Delizia has responded to an incident at a branch in DHA in which one of its workers refused to write...
Read more
- Advertisment -