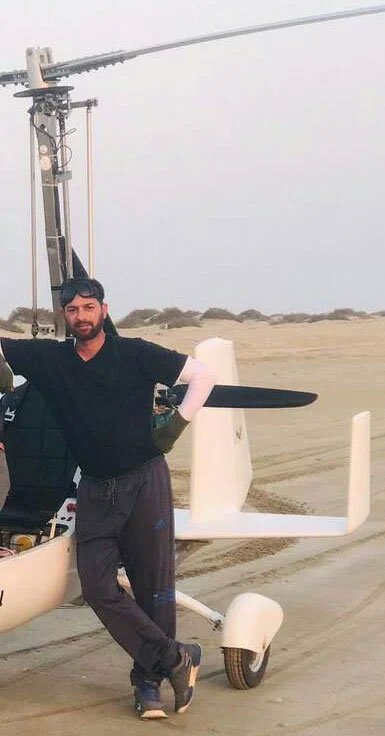 Instructor pilot Qazi Ajmal’s body has been found three days after his gyrocopter crashed in the Awaran area of Balochistan on Sunday.

It is pertinent to note that Ajmal had flown from Karachi three days ago, but his small lightweight aircraft went missing when it entered Balochistan.

The Lasbela district SP said that the pilot’s body and debris from the gyrocopter crash have been found in Kund Malir. He said the body was being shifted from Kund Malir to Hub.

As per a Balochistan wildlife department official, Amanullah Sajdi, a small gyrocopter crashed into the mountains near Poldat in Awaran. He said that the pilot’s body was recovered from the mountains.